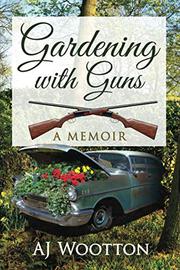 A woman comes to terms with her parents and her own marriage in this debut memoir.

In her book, Wootton, a 20-year Human Resources veteran and mother of three, describes taking a less demanding position at a new company, hoping her extra time off would convince her husband, Matt, an out-of-work builder, to finally find a new job. The couple were visiting family in northwest Ohio when she received the news that her father—to whom she was very close—had killed himself. “In slow motion, I saw Matt’s arm extend and catch me as I slumped forward,” Wootton remembers. “He pulled me into him as my body, unwilling to hold itself upright, buckled. I shook uncontrollably as my mind struggled to comprehend.” The loss caused her to rekindle her relationship with her two brothers, Jay and Kirk, and, with their help, to reflect on some of the darker moments of their childhood, including the trauma she suffered because of her now-estranged mother. The author was particularly scarred by the sexual abuse she suffered at the hands of her stepfather. She told her mother about it years later, only to learn that she had suspected as much and done nothing: “All the time I had spent worrying about her believing me, or worse yet, blaming me. All the agony I endured at the possibility of ruining her marriage. It never once occurred to me that she already knew the awful truth I had finally found the courage to speak out loud.” The reevaluation of her childhood, her abuse, and her parents’ serial failed unions caused Wootton to turn her gaze to her marriage, including new suspicions that Matt might be leading a double life as a closeted gay man. Had she been allowing others to deny her happiness all along? Was it too late for her to begin again? The author’s prose is deliberative, building tension slowly over the course of scenes and chapters, as here, when she shares a dance with a co-worker that she knows to be inappropriate: “He sensed my unspoken willingness to continue our dance and pushed closer and closer. Our mutual respect for one another, combined with the sparks flying between us, became an irresistible combination.” She does a fine job illustrating her characters—the family members whose intersecting biographies helped shape her own life—so that readers can understand the complexities that lurk beneath each interaction. Wootton keeps readers engaged with short, punchy chapters, though it sometimes feels as though she is killing time before revealing new information, and the book would benefit from trimming. But the slow pace allows her to unspool a great deal of context and self-analysis, which makes the later developments of her story more emotionally impactful. Though the memoir initially appears to be another in the crowded genre of midlife crisis accounts, the author successfully argues that her experience was a true reckoning of her very identity—as a daughter, wife, mother, and woman—decades in the making.

An engaging and carefully constructed account of trauma and starting over.