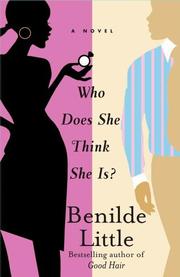 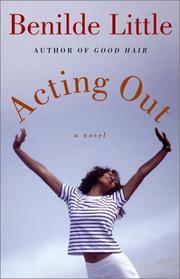 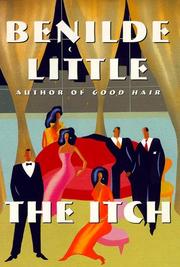 FICTION & LITERATURE
Released: June 1, 1998
THE ITCH
by Benilde Little
FICTION & LITERATURE
Released: June 1, 1998
THE ITCH
by Benilde Little
Little's second is an improvement over her debut (Good Hair, 1996), although it's still a watered-down Terry McMillan. Her subject matter—the lives and loves of upper-middle-class black professionals—has remained the same, but she's tightened her focus, providing some real insight into the lives of her two very different heroines. Abra Lewis Dixon is happy with her life, or so she tells herself. Her husband Cullen is a high-roller in the world of high finance, and the fact that he's always "out making deals" just seems to Abra like a cross she has to bear. Natasha Coleman, her best friend and business partner, is as involved as Abra in their "Is My Wig On Straight Productions" company. While Abra and Cullen grow farther apart in Manhattan and environs, however, Natasha's getting hot and heavy in L.A. with the wildly handsome, supersuccessful Miles. And when Abra finds out about Cullen's dalliances with a salesgirl/model, she musters up the courage to set out for California too, but not before she runs a check on Miles (a girl's got to look out for her sisters) and learns that he's a notorious womanizer. Natasha refuses to be warned, however, and when Miles proposes marriage she accepts immediately. Meanwhile, Abra is increasingly attracted to a director by the name of Griffin. Griffin's problem is that he's white; and Abra, left damaged by Cullen's betrayal, is determined to find a man with common decency and a common culture. And so there are no happy endings here, at least of the traditional sort. Abra and Natasha will be grateful in the long run, we're led to assume, for the dissolution of these relationships, but in present-time, the finale is downbeat and rather flat. Little has no trouble, though, with characterization, and both Abra and Natasha are likable and real; further, the women's shared realization that they don—t need men—black or white—to define themselves rings true. Read full book review > 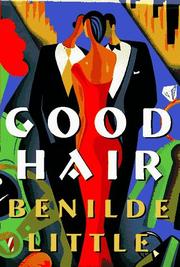 FICTION & LITERATURE
Released: Oct. 8, 1996
GOOD HAIR
by Benilde Little
FICTION & LITERATURE
Released: Oct. 8, 1996
GOOD HAIR
by Benilde Little
Former Essence magazine arts-and-entertainment editor Little offers an uneven first novel about a contemporary African-American relationship set among elite black professional circles in New York. Alice Andrews, a twentysomething Mt. Holyoke scholarship graduate, is living in Manhattan but still working—as a newspaper reporter—in Newark, where she grew up in a just-barely middle- class neighborhood. Having ditched upwardly mobile buppie boyfriend Miles, Alice has started dating socially formidable Jack, a Harvard Medical Schooltrained physician descended from an aristocratic family of black Boston doctors and socialites. Because of Alice's education and smart style, Jack assumes that she, too, is a member of the old black bourgeoisie, so Alice keeps her parents, former neighborhood, and, most of all, brilliant but troubled older brother Lucas out of sight. (She has another reason for staying clear of Lucas: He sexually abused her when she was ten years old, something she has never told anyone.) The episode of abuse has left Alice insecure, wary of intimacy, and alienated from her hardworking but distant parents. When Lucas commits suicide, Alice's identity anxieties erupt and she flees Jack's Upper East Side apartment, where she's been living, for wise old Aunt Thelma's house in Cape May. There, Alice reveals her childhood secret and comes to terms with her past but still faces an imperfect future: She gets back to New York to find that Jack has slept with an upper-crust former girlfriend and gotten her pregnant, just as if they were kids from the 'hood. Alice marries Jack, newly aware that social class is no protection and that identities are made, not born or bought. Little's thematic reach exceeds her literary grasp by a mile, and her novel—part personal journalism, part sociological tract, part shopping guide for the socially mobile—intrigues but doesn't fulfill. Read full book review >