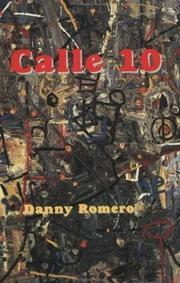 FICTION & LITERATURE
Released: Sept. 1, 1996
CALLE 10
by Danny Romero
FICTION & LITERATURE
Released: Sept. 1, 1996
CALLE 10
by Danny Romero
Romero's first novel is a confused and finally monotonous compilation of drugged-out scenes in a Bay Area Chicano neighborhood. Zero is a 30-year-old Chicano who has completed eight drunken years of college and now works at a printshop—filing, answering phones, smoking pot, watching his boss masturbate. In college, ``The more he learned about society, the less, it seemed, he wanted anything to do with it''—and so Zero retreats to a squalid flophouse in Ciudad JimÇnez, a no man's land on the edge of Oakland. He finds it hard to believe that he has sunk so low, even though many—and distracting—flashbacks portray his youth as having been a long string of drinking and doing drugs. Now at the flophouse, run by a fellow printshop employee, he does more of the same, popping pills and doing heroin with other junkies boarding there. One night he seeks refuge at his girlfriend's apartment, but she's gotten tired of his ways and hands him his belongings; then a few weeks later, with no reconciliation, he's back again, and this time she dresses in her fishnet body stocking and pleasures him immeasurably. Zero's baseless good fortune continues, and when he wins a few thousand dollars playing the lottery, he decides to make a new start of life by moving away. But before he goes, he trips out on Codeine again, and, again, his girlfriend leaves him. The novel's rudderless construction becomes circular, and repetition finally crushes the story. Romero's dialogue is honest at times, but much more often it fails as miserably as Zero himself, degenerating to vapid filler: ``How you doing man, all right? Man, listen to me, man. Listen to me man. Listen here man. Listen here.'' Episodes pile up without logic in a novel that, however authentic its intentions may have been, becomes an incoherent and tired ramble. Read full book review >