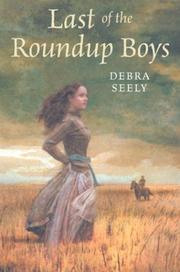 FICTION
Released: July 15, 2004
THE LAST OF THE ROUNDUP BOYS
by Debra Seely
FICTION
Released: July 15, 2004
THE LAST OF THE ROUNDUP BOYS
by Debra Seely
It's a familiar story: pretty, rich farmer's daughter falling for the hired hand. Evie Parsons wants to run her father's farm some day, which is unlikely; women don't run farms in Kansas in 1886. Seventeen-year-old Tom Hunter, son of a poor farmer, is hired to work the Parsons' cattle ranch. Seely's clear writing, lively dialogue, and fully realized historical context give vigor to what might have been a tired tale. Women's rights, the legacy of slavery, tension between cattlemen, railroad men, and farmers, and class differences are the backdrop to the iffy romance between Tom and Evie. Though the cover will have readers thinking this is simply a romance, it is a story with substance, and readers will want to go back and read its companion, Grasslands (2002), which tells Tom's story prior to coming out to Kansas. (author's note) (Fiction. 11+)Read full book review > 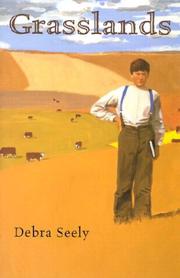 GRASSLANDS
by Debra Seely
Thomas Hunter felt constrained by the life his wealthy grandfather had laid out for him: "Academy, college, a law school. Marry a nice girl from a good family and live there in the county forever, hemmed in by the Virginia hills." But the Kansas where he has come to live with his father and his new stepmother feels the opposite. "I felt naked, like anything protective around me was gone and all that was left was flat and shaggy grass, as if I could roll away in that wagon and no one would ever find me." This was hardly the West he had dreamed of and read about in dime novels: bands of Indians, buffalo stampedes, cattle rustlers, Dick Deadeye, Buffalo Bill, and Jesse James. In place of such romance is hard work all day, every day, sickness, death, and loneliness. But the stampedes are for real. When Thomas's herd of Herefords is engulfed by a stampede of longhorns, he must take what he learned of horseback riding in Virginia and learn the ways of cowboys. He must save his herd, bargain with a duplicitous cattle baron, avoid being shot in a saloon, and find his way back home 30 miles across the prairie. Newcomer Seely's evocative writing has a flair for the vivid simile and seamlessly weaves a wealth of information about the prairie into this story of a boy who must overcome his "halfway feeling" between the two lives he has known. The characters ring true, and the author does not shy away from the seamier sides of cowboy life, including the brothel in the dark alley behind the saloon. By the end, remembering a favorite line from The Pilgrim's Progress, Thomas says, "I had ‘quitted myself like a man.' " An excellent coming-of-age story and a must for collections on prairies, cowboy life, and westward expansion after the Civil War. (author's note, sources) (Fiction. 10-14)Read full book review >