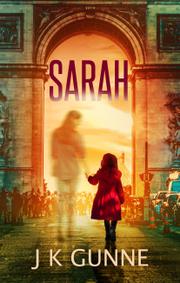 In this thriller, a Brussels family desperately searches for a 5-year-old girl who’s mysteriously disappeared.

When Denny Barrett moved in with his son’s family in 2004, he left behind a world of violence in Belfast. The Provisional IRA shot and killed his gang-affiliated brother, Sam, outside Denny’s home, which someone later burned down. In Brussels, Denny is content living peacefully with his son and daughter-in-law, Brian and Chantal, as well as their teen children, Romain and Aisling. But he has a fondness for the family’s endearing, “spoilt rotten” youngest kid, Sarah. One day, while at the market with his granddaughter, a momentarily distracted Denny realizes Sarah is gone. While authorities initially look into her disappearance, it’s clearly not a police priority for long. Months later, Denny’s guilt over Sarah vanishing on his watch drives him to drink. When he suddenly spots Sarah in a van, his rum-muddled head makes him doubt what he’s seen. He eventually tells Romain of the possible sighting, so his grandson, along with Denny’s friend Julie Desforges, takes the hunt online. Once they suspect a “paedophile ring,” Romain is reluctant to tell police, due to the infamous, lackluster probe of convicted rapist/murderer Marc Dutroux. But if Romain and Julie start an investigation, they could face danger. Gunne’s story favors the engaging, dramatic impact of Sarah’s disappearance over mystery. Family members, for example, respond differently, with Chantal becoming depressed and Brian losing sleep in obsessively looking for Sarah. Similarly, a few shocking plot turns aren’t necessarily related to the missing girl, including something from Denny and Sam’s past. The author instills in the narrative a sense of realism. Readers know only as much as Denny and others, and numerous viable suspects make pinpointing a culprit exceedingly difficult. There are also real-world connections, such as Denny’s memories of the Troubles in Ireland and the Dutroux case in Belgium. Though the story— plausibly—doesn’t offer a cleanly wrapped up ending, it’s a resolution that will surely satisfy readers.

An exceptional missing-person’s tale that wisely centers on the emotional fallout.