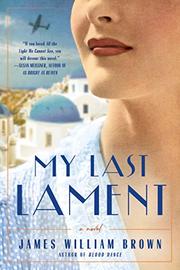 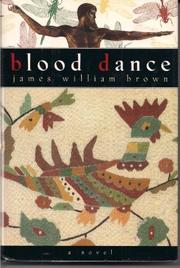 FICTION & LITERATURE
Released: April 1, 1993
BLOOD DANCE
by James William Brown
FICTION & LITERATURE
Released: April 1, 1993
BLOOD DANCE
by James William Brown
A wonderfully written first novel that loses steam halfway through and becomes a mere showcase for stylish atmospherics and craft. Author Brown takes a Greek island so small that it's ignored by all during WW II and makes it the setting not only for a story of passion, the past, and the invincible grip that a small community has on the individual, but a place where pagan beliefs still survive. Telling his story in a variety of voices—a technique that, here, makes the second half somewhat repetitive—he begins and ends with a commentary from the Women and Men, respectively. Like a traditional chorus, they set the scene, hint at what's to come, and provide the concluding wrap-up. Another voice is that of Katina, a refugee from Turkish oppression who came to the island as an archeologist and stayed to marry Grigoris, the last of a noble family. She describes her life as a young wife, widow, and mother of the beautiful and independent Amalia, whose friendship with a Scandinavian tourist precipitates the defining crisis. Like the tourist, Katina has never been accepted by the villagers, who resent strangers and jealously preserve the old ways and customs, some of which date back to pagan times. Nikos, Amalia's island suitor and husband-to-be, takes up the story, adding little except his version of what has come before, followed by Amalia herself, who offers a few snippets of her own, including her reasons for marrying Nikos—the transcending one being her belief ``that love will come as a reward for waiting'' for enduring the losses of her father, her secret lover, and the Scandinavian who promised to take her away with him. Too much a would-be portentous drama, beautifully staged but drained of the vitality that it seemed to promise. Despite suggestive echoes, not another Zorba the Greek. Read full book review >