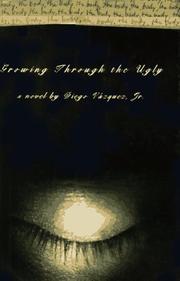 FICTION & LITERATURE
Released: Feb. 1, 1997
GROWING THROUGH THE UGLY
by Jr. Vásquez
FICTION & LITERATURE
Released: Feb. 1, 1997
GROWING THROUGH THE UGLY
by Jr. Vásquez
Life in the Chicano community of El Paso during the 1960s, remembered by a boy soldier killed in Vietnam as he waits in his coffin to be flown home, provides the gist and the twist of V†zquez's brash first novel. Abandoned by his parents, raised by his father's mother, the hard-working family matriarch Nana Kika, Bernadino Dysyadachek (a.k.a. Buzzy Digit) has a lot to remember, much of it troubling. He remembers his mother, after taking his sisters away with her to follow her lover, promising to visit but never coming back; he remembers being molested by a drunken baker when sent by Nana Kika to get tamales for her stall in the street market; he remembers being disgraced in Little League when panic turned his red-hot bat in practice into one that could never find the ball; he remembers his cousin Red, who was already not a virgin when an uncle began abusing her, and who became his closest confidant. Buzzy shared many things with Red—secrets, sex, his dreams—but their closeness can't keep the world away. When relatives and neighbors go off to Vietnam, coming home one by one for burial, the shock runs deep. Having dropped out of school, and keen to be a hero for his family, underage Buzzy joins the army despite Red's efforts. Beloved Nana Kika dies while he's on a secret mission in the jungle, and even though he survives that tour of duty, becoming cocky enough in letters to Red to imagine his life after Vietnam, his fate proves no different than that of so many others from the barrio. Quirky, lyrical, kaleidoscopic, and supercharged with a choice assortment of sexual adventures (even JFK passes through El Paso, lingering long enough to philander), V†zquez's debut fiction has many fine touches, but its impact is diluted by a narrative structure too weak to unify the tale's rapidly shifting impressions and moods. Read full book review >