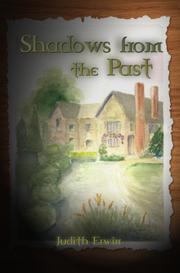 Shadows from the Past

A novelist falls in love with a fabulously wealthy but aloof scion in Erwin’s (Shadow of Doubt, 2015, etc.) contemporary romance with Gothic overtones.

Twenty-something Fury O’Quinn is researching her own genealogy in Arabella, Georgia, when an unusual monument in a graveyard with the following inscription catches her eye: “Here lies a good and innocent man, / Robbed of life forty-five years before death. / May eternity bestow on Jim the peace and / comfort denied by evil on earth.” It refers to her uncle, who was committed to Milledgeville, the state mental hospital, for most of his life. Compounding her curiosity are the unusual travels of her grandmother, Bridget, who returned to Ireland alone at the age of 16, leaving her parents and siblings behind in Georgia. Fury travels with her father to Ireland to search through the family’s papers. There, she uncovers a heartbreaking secret that takes her back to Arabella to delve into the history of the wealthy MacGregors—the family who employed Bridget, committed Jim, and still owns the town. The reputation of the handsome Gray MacGregor precedes him, and once Fury gets past his impenetrable servant Gladys, she becomes more intrigued by him. Their relationship, however, is disrupted by threatening letters and emails, requiring the intervention of Fury’s retired policeman father. Erwin deftly interweaves a modern-day romance with Gothic elements, although she shows greater skill with the latter. Fury is an engaging protagonist, but she doesn’t ring true as a modern 20-something, in spite of her affection for designer handbags. Gray, meanwhile, occasionally seems uncomfortably autocratic and controlling, and although he and Fury mutually proclaim their love, there aren’t any real sparks between them. Erwin is most adept at plot development, and she includes epistolary components to enhance it. However, her descriptions of Atlanta aren’t evocative of the real-life city. Critical readers will note some other inconsistencies as well, such as Fury’s eventual determination to reside at Forglen, the MacGregor estate, despite her previous belief that the house emanated evil.

A well-plotted Southern romance, despite some shortcomings. 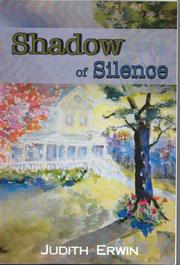 BY Judith Erwin • POSTED ON

In Erwin’s debut novel, a young woman’s life is complicated by an unexpected pregnancy.

“How can I be driving to an abortion clinic?” bewildered 27-year-old Annie Cameron asks herself on the road, alone, to an Atlanta clinic. “Nine weeks ago I was driving to a fertility clinic.” She and her husband, Dan, who works for the FBI, have been trying without success to have a baby, making Annie’s emotional conflict as she approaches the clinic all the more agonizing. Erwin takes readers inside Annie’s thoughts and doubts, forestalling the arrival at the clinic with a series of prolonged flashbacks to a spirited party thrown by she and Dan. The drinks flowed freely at the party, and Annie and Dan seemed to have fun mingling with friends and former high school buddies. Several of those buddies, now married and settled down, expressed leering approval of Annie’s good looks, and as she snaps out of her reverie upon reaching the clinic, she steels herself to go through with her decision, even though she hasn’t told Dan. Once she’s inside the clinic and confronted by its well-meaning staff—no characters in Erwin’s novel are cheaply demonized—and the reality of her situation, she finally rebels against her decision. “My brain is burned to a crisp with thinking,” she tells the doctor. “It was thinking that brought me here. It didn’t work. This is wrong.” In the stress of the moment, she reveals to the clinic’s head nurse—whose faith-and-begorrah Hollywood-Irish speech patterns are one of the book’s only missteps—that she was raped by one of those leering former high school buddies. Flashbacks take readers to the wrenching, angering moment. Annie’s decision to keep her baby is the moral fulcrum for the rest of the novel, and the repercussions spread out through a plot that feels natural and unforced in its portrayal of human fallibility. Erwin’s book is relentlessly honest and emotional, and Annie is a flawed but fascinating creation.

A rewarding, thoughtful novel about a couple in complicated turmoil.