From the time fantasy writer Julia K. Rohan could put pencil to paper she began escaping the Realworld through her drawings and stories.

As a young teenager her creative energy turned to music and she began a part-time career as a musician and singer-songwriter. She returned to school as an adult and earned an Honours English Literature degree from Concordia University, in Montreal, Canada.

Ms. Rohan’s short stories and poems have been published in literary magazines and her two independently-released music CDs are available at cdbaby online. She resides in the country outside Montreal with her husband, her adopted dog Mr. Bojangles ("Bo" for short) and a charming tabby cat named “Twister”.

"Weaverworld: Grimsnipe's Revenge" is her first full-length work of fantasy fiction. The second book in the series, "Weaverworld: The Quest for the Eagle-eye Amulet" is due out in late 2013.

“Rohan combines all the elements of basic fantasy—a young hero, mentors, villains, something to be saved, special powers and, of course, magical creatures—with the more elusive combination of great storytelling that appeals to a wide audience.”
– Kirkus Reviews 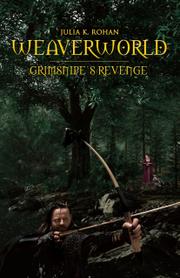 A preteen uses intriguing imaginative skill to learn courage, hard work and the power of imagination itself.

As an 11-year-old, Jack Andrew Fisher seemingly has little interest in matters of intellect; he simply wants to go to summer skateboard camp, regardless of what his report card says. He escapes from his boring family reunion by sneaking into his grandmother’s attic, when a bizarre event portals him to a world of unfamiliar people, bizarre creatures and benevolent/malevolent beings. He receives a generous tourist pass and is taken in by both the good-natured Widget Family and the curmudgeonly but virtuous Aladdeus Gaelblade. Jack learns that the people in his newfound world have a special gift of weaving—the ability to summon one’s imagination to create things. One must use weaving for only good purposes, of course, with the quality of the finished product dependent upon the weaver’s personal character and diligence. The tale skillfully builds when the reader learns that quality weaving will inevitably be required to thwart the revenge of the evil Grimsnipe. Rohan combines all the elements of basic fantasy—a young hero, mentors, villains, something to be saved, special powers and, of course, magical creatures—with the more elusive combination of great storytelling that appeals to a wide audience. The book’s combination of action, political intrigue with corruption, a love story (or stories), a bit of nostalgia and an endearing dog will certainly appeal to both boys and girls. The alternate world mingles quasi-historical fiction with fantasy, as men tip their hats to ladies, horses are used instead of cars and bread is baked fresh in the home. The fantasy cleverly parallels our contemporary world in notions such as terror and readily presenting one’s identification—a trend, indeed, of both reality and the genre. The number of characters and their qualities is significant but never the overwhelming amount characteristic of some stories in the genre. Humor is also judicious and subtle, as in the brainless, pear-shaped Bluntogs. It may be ironic that the epilogue is almost too explanatory; however, the theme of imagination’s creative power is enough to inspire the anticipation of an even bigger climax in a potential sequel. 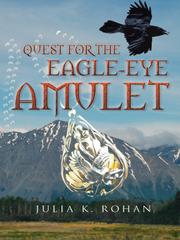 Quest for the Eagle-Eye Amulet

Rohan (Weaverworld: Grimsnipe’s Revenge, 2012) returns with the second installment in her fantasy series, in which young Jack must travel back to Weaverworld to replace his grandmother’s silver necklace.

After a raven steals Granny Rose’s precious amulet, she collapses and is admitted to a hospital. Jack is convinced that the missing amulet and the absence of her beloved dog, Roosevelt, lost in the previous book, are the causes of his grandmother’s frailty. Determined to see her well again, he travels to Weaverworld to reclaim them both. In Rohan’s well-constructed fantasy world, some people have the power to literally “weave” objects out of thin air. Jack has this rare skill, despite the fact that he’s a “Realie”—a person from Realworld. To reclaim the missing amulet, he must travel to the land of Thewlia, and that’s not an easy task with evil tyrant Grimsnipe on his trail. In places, the novel’s setting is rather Tolkien-esque, with endangered forests full of old trees; bloated, giant spiders; and magic riddles that open and close passageways in the enemies’ Labyrinth. (There are also references to The Wizard of Oz, with Jack traveling between worlds through a portal, rather like Dorothy’s passage through a tornado.) There’s plenty to keep young readers engrossed as shape-shifters, a flying ship and action-packed battles, apparently inspired by The Lord of the Rings films, keep the young hero fighting the odds as Grimsnipe closes in. One weakness, however, is Jack’s somewhat overbearing and two-dimensional personality.

A fairly accomplished, if uneven, fantasy novel that readers may enjoy even if they haven’t read the first book in the series.