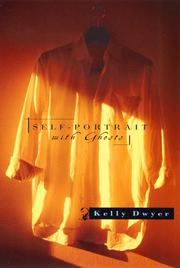 FICTION & LITERATURE
Released: Jan. 25, 1999
SELF-PORTRAIT WITH GHOSTS
by Kelly Dwyer
FICTION & LITERATURE
Released: Jan. 25, 1999
SELF-PORTRAIT WITH GHOSTS
by Kelly Dwyer
A series of too-quickly-resolved dilemmas make this story about familial repression more like a manual: how to grow emotionally without breaking a sweat. Dwyer (The Tracks of Angels, 1994) documents the troubles of the Flannigans, a fragmented southern California family, in the weeks surrounding the suicide of oldest son Luke. His sister, Kate, a sculptor, has her own problems: to marry or not to marry Alek Perez, solid citizen and history teacher at her daughter's high school? To forgive or not to forgive sister Colleen, who stole Kate's husband ten years ago? At the same time, Audrey, Kate's perspicacious 13-year-old, is quietly trying to deal with her own repressed traumas. The point of view nimbly shifts from Luke to Audrey to Kate, with mixed results: the story finds its most appealingly dark figure in Luke, a high-functioning depressive who, despite adoring family members, sinks slowly toward suicide, apparently out of sheer passivity; he's just never caught on to this whole business of living. Meanwhile, Kate, ostensibly the central character, never fully emerges as believable, though it is her 'self— that is the subject of the title's —portrait—: a fabulously kitschy ceramic rendering of the artist's head from which sprout no fewer than nine figurines, representing Flannigans in appropriately mythical attitudes. For all Dwyer's delicate, even luminous prose, the tone here is perhaps best emblematized by the clumsy psychodrama of that earthenware head. Colleen's wrenching betrayal of her sister, the formative event of Kate's adult life, is resolved in a moment of forgiveness that passes almost unnoticed. When Kate wraps up her mental goodbye to her brother with a comforting Thanksgiving tableau (—Gingerbread, coffee, family . . . I know it's not much, but it's enough—), we get the feeling that whipped cream has been dolloped on poor Luke's corpse a bit prematurely. For self-actualization fans, a richly detailed and gracefully written family romance. Read full book review > 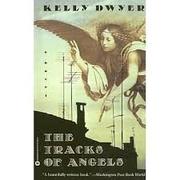 FICTION & LITERATURE
Released: Jan. 26, 1994
THE TRACKS OF ANGELS
by Kelly Dwyer
FICTION & LITERATURE
Released: Jan. 26, 1994
THE TRACKS OF ANGELS
by Kelly Dwyer
The heroine of this debut novel is a young refugee to the East Coast from Redondo Beach, California—a woman whose courageous efforts to reclaim her happy childhood invade the reader's imagination and don't let go. Laura Neuman has had a remarkably unlucky adolescence. Her brainy mother, who planned back in the Sixties to attend medical school after her daughter reached school age, is instead struck down by cancer and dies when Laura is 12. Laura's father, a well- meaning but hopelessly imperceptive advertising executive, soon marries the woman with whom he had long been carrying on an affair. Feeling abandoned by her father and unbearably guilty over her mother's death, the once-dutiful Laura becomes an ``underachiever,'' eventually dropping out of high school to work at a roller-skate concession on the beach. By the time her father is hit by a semi and left almost completely paralyzed, Laura has become so zombie-like that he's able to persuade her to help him kill himself. The funeral snaps her out of her funk; the 18-year- old flees the reception via Greyhound for Boston for no better reason than that it's as far away as she can get. After renting a tiny, bare apartment in Brookline, she begins to try to build a new life: working as a waitress in an Italian restaurant, embarking on a self-education program guided by the entries in a used encyclopedia (``Aristotle''; ``Abell, Kjeld, Danish playwright''), sleeping with an untrustworthy man who claims he was similarly traumatized, and fighting off bouts of fear and confusion through invigorating conversations with a very harried imaginary angel. Despite occasional episodes of emotional ingenuousness: a radiant, seductive coming-of-age story that captures all the wonder and high anxiety of young adulthood. Read full book review >