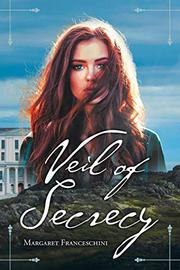 In this debut novel, a young, adopted woman repeats a painful legacy she does not know she has inherited.

Sixteen-year-old Julie lives in a rural fishing village in Newfoundland in 1950. She has a penchant for writing and an appreciation for the nature-rich environment that inspires her creativity. But Julie dreams of trading her quaint hometown life for one more replete with big-city ambitions. This dream becomes unexpectedly deferred after Julie has an affair with her married—and later angry—bakery boss that results in a pregnancy. Upon learning this, Julie’s parents take her to a convent in Nova Scotia that promises a discreet environment in which she can have her baby, give it up for adoption, and finish her high school studies. Julie—tortured but with little say in the matter—does just this. Flash forward 16 years to Julie’s daughter, a teenage Marina Cynthia, admiring the view of Manhattan from the picture window of her adoptive parents’ luxury apartment. Unlike Julie, Marina seems to have everything a young woman coming-of-age could ask for—brains, wealth, beauty, adoring parents, a loyal cousin and friend named Laurie, and an inherited passion for writing. Still, Marina, oblivious to her adoption history, has long harbored nagging questions about the lack of resemblance between herself and her parents. These questions resurface when Marina finds herself in a predicament similar to her biological mother’s situation more than a decade ago—pregnant at 16 with the child of an older man who abandons her. From here, Marina is unintentionally launched into the process of excavating the truth of her origin story. In this ambitious novel, Franceschini’s tenderness toward the plight of the adopted child and the transformative experience of teenage pregnancy is appreciable. Further, her central plot idea has intriguing dramatic potential. That said, the novel’s execution is a bit flawed. The prose sometimes delivers clichés (“Julie sat in the soft, brown chair…with her hands holding her head and tears flowing like a never-ending river”). In addition, the dialogue often has a stilted quality (Julie “uttered, in a strained voice, ‘Looks like nightfall is ending our time of bliss. We have to separate now…I hope I make it to college someday. I need to prepare for my future”). And emotional encounters are resolved as quickly and as smoothly as the plot moves, which makes for bland, unabsorbing reading.

A promising but uneven coming-of-age tale.