A writer and researcher in physics, cosmology, philosophy and Islamic thought, especially apropos mysticism and Ibn al-Arabi. He studied Physics at Aleppo University in 1989 and obtained the Master's degree from Cambridge University in 1992. After a period of teaching, he also got the PhD from the University of Exeter, in 2005, where he explored the Concept of Time in Ibn al-Arabi's Cosmology and compared it with the fundamental results of modern physics theories. This pioneering research led to the Single Monad Model of the Cosmos, which was first published by Routledge in 2007, and edited again in 2014. In 2017, this model was developed further to the Duality of Time Theory, which explained how the cosmos is being dynamically created in the real (inner) flow of time, before it is kinetically developing in the outer (imaginary) level that we encounter. This innovative, genuinely-complex, time-time geometry solved many of the major persisting problems in Physics and Cosmology, and provided the first logical interpretation of Quantum Mechanics; leading to full Quantum Field Theory of Gravity and uniting the corporeal and incorporeal worlds into one perfectly-symmetrical space, as described in the Ultimate Symmetry, the third volume in the Single Monad Model series.

“A researcher offers a comprehensive presentation of an ancient Islamic theory of time that has implications for modern cosmology and physics. The author's command of the pertinent historical and theoretical material is breathtaking, with some of his conclusions peculiar but tantalizing.”
– Kirkus Reviews 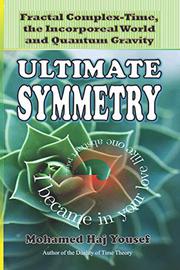 This final installment of a trilogy endeavors to demonstrate in the language of modern physics how multiplicity emerges from divine oneness.

Attempts to explain the relationship between the diverse phenomena humans experience and the possibility of an underlying metaphysical oneness date back to ancient cosmology. Yousef (Duality of Time, 2018, etc.) argues that humans’ perceptions of both phenomenal multiplicity and continuity are mirages, the emanations of an irreducible ontological unity: a single monad, the expression of absolute divine unity. People experience the world as they do because they only view it from an “imaginary time dimension,” a perch from the outside that can’t possibly exist if the universe is truly one. At the heart of this book is the postulation of “nested symmetries,” five kinds that account for the “apparent dynamic multiplicity of creation.” Oneness of God is “conceived” as an “abstract point beyond geometry.” Normal symmetry applies to the physical world governed by the laws of classical mechanics, specifically the elements of space and time understood in Euclidean terms. Super-symmetry denotes the relation between the physical and psychical, which is essentially identical to Quantum Field Theory’s matter/antimatter couplet. Hyper-symmetry refers to the connection, explored in quantum mechanics, between particles and waves and, by extension, the appearance of continuous space. And ultimate symmetry explains how the curved space of contemporary physics can be generated from Euclidean geometry’s “homogenous” space. Underlying these threads is the divine Principle of Love, the original source of motion that explains the universe’s longing to continuously return to a state of harmony. Yousef is at his best providing historical accounts of physics, both ancient and modern—he is especially deft in detailing ancient cosmology—and the theoretical problems that persist within them. But his writing can be exasperatingly dense (“Although the things might outwardly seem to be continuously existing in their evolution, nothing is ever repeated the same twice, since their elementary microscopic components are always created anew in different forms, that may still resemble the perished ones, but they are not themselves”). Furthermore, his fusion of science and Islamic revelation is really just a translation of the latter into the terms of the former. For example, he simply identifies energy particles with “spirits.” This then becomes a springboard to a lengthy discussion of the kinds of spirits, including angels, that exist. 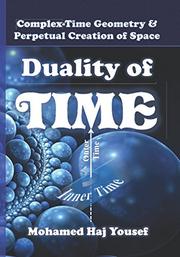 A researcher offers a comprehensive presentation of an ancient Islamic theory of time that has implications for modern cosmology and physics.

According to Haj Yousef (The Single Monad Model of the Cosmos, 2007), the medieval Islamic philosopher Ibn al-Arabi devised a cosmology that not only anticipates the emergence of modern quantum mechanics, but also provides solutions to its most vexing problems. At the heart of Ibn al-Arabi’s view of the universe is a dualistic conception of time. On the one hand, time is ontologically real if understood from the perspective of each moment. But the experience of time is always as a continuous volume—a perceptual distortion of the real world, an imaginary manifestation. The paradox of our observation of time is that we’re only ever encountering time as the past, the continual re-creation of each discrete moment ad infinitum. As a result, the world bifurcates into two states: a vacuum, the empty space that constitutes time in its reality, and the void, the phenomenal expression of time as we experience it. This division opens up the possibility of simultaneously existing dimensions, thereby creating the conditions for a monistic harmony of the psychical and the physical. Haj Yousef intends this volume as a sequel to his first book on Ibn Al-Arabi, expanded to be “more accessible to the wider scientific community.” This reworking includes an account of the history of cosmology, from ancient Sumerian and Babylonian versions to the present, and a thorough introduction to Islamic mysticism. The author’s command of the pertinent historical and theoretical material is breathtaking, with some of his conclusions peculiar but tantalizing. For example, he argues that ancient alchemy can actually be understood as a precursor to quantum mechanics, and that Ibn al-Arabi anticipates contemporary discussions of black holes. But Haj Yousef can sometimes enthusiastically overemphasize the explanatory power of Ibn al-Arabi’s cosmology. It surely seems like an overstatement to claim that “most, if not all, of the major fundamental problems of physics and cosmology are easily solved in this model.” Still, this remains a captivating study for those with a strong grasp of modern physics.

A historically illuminating account of an ancient but still relevant conception of the universe.

This book is the first comprehensive attempt to explain Ibn ‘Arabî’s distinctive view of time and its role in the process of creating the cosmos and its relation with the Creator. By comparing this original view with modern theories of physics and cosmology, Mohamed Haj Yousef constructs a new cosmological model that may deepen and extend our understanding of the world, while potentially solving some of the drawbacks in the current models such as the historical Zeno's paradoxes of motion and the recent Einstein-Podolsky-Rosen paradox (EPR) that underlines the discrepancies between Quantum Mechanics and Relativity.
Published: Sept. 1, 2007
ISBN: 9780415664011

The Single Monad Model of the Cosmos: Ibn Arabi’s Concept of Time and Creation

Ibn Arabi is the only scholar who was able to formulate a unique cosmological model that is capable of explaining our observations as well as many phenomena in physics and cosmology, and even solve some perplexing modern and historical riddles in science and philosophy such as the EPR paradox and Zeno paradoxes of motion. Moreover, the Single Monad Model explains for the first time in history the importance of the “week” as a basic unit of space and time together. This prodigious theory is based on the notion of the intertwining days where Ibn Arabi shows that at every instance of time there is indeed one full week of creation that takes place in the globe. Since its publication in 2008, this book has triggered an overwhelming response, and I hope this expanded edition will help promote further Ibn Arabi's wisdom that is still buried in his multitudes of books and treatises.
Published: June 1, 2014
ISBN: 978-1499779844

This is the third volume in the Single Monad Model of the Cosmos series. The second volume introduced the Duality of Time Theory, which provided elegant solutions to many persisting problems in physics and cosmology, including super-symmetry and matter-antimatter asymmetry. In addition to uniting the principles of Relativity and Quantum theories, this theory can also explain the psychical and spiritual domains; all based on the same discrete complex-time geometry. Super-symmetry, and quantum gravity, are realized only with the two complementary physical and psychical worlds, while the spiritual realm is governed by hyper-symmetry, which mirrors the previous two levels together, and all these three realms mirror the ultimate level of absolute oneness that describes the symmetry of the divine presence of God and His Beautiful Names and Attributes. This "ULTIMATE SYMMETRY" is a modern scientific account of the same ancient mystical, and greatly controversial, theory of the "Oneness of Being" that is often misinterpreted in terms of "pantheism", but it is indeed the concluding gnostic knowledge of God and creation. Otherwise, how can we understand the origin of the cosmos, with both or either of its corporeal and incorporeal realms, without referring to its Originator!