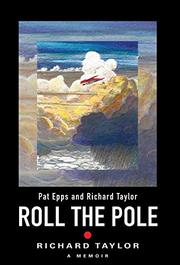 A pilot recounts three attempts to reach the magnetic north pole by plane.

While at an air show in Wisconsin in 1978, debut author Taylor and his two buddies Pat Epps and Verner Martin decided to embark upon a “fantasy mission”: reach the magnetic north pole by aircraft. Taylor, Epps, and Martin—nicknamed Super, Klondike, and Zip respectively—determined their “ever-wandering” mark was somewhere along the southern border of the Arctic Ocean, piled into Epp’s single-engine Beechcraft Bonanza, and began the 2,000-plus–mile journey. They were frightfully unprepared—they didn’t have a weather radar or any survival gear—and intended to make their way by magnetic compass alone. The author’s goal was to “roll the pole”—an “aerobatic gesture” that entails inverting the aircraft while directly over the magnetic north pole, something no one had ever done before. However, a persistent engine problem they couldn’t confidently diagnose compelled them to abort the trip. Taylor, though, never gave up on his dream and made two other attempts in 1979 and 1980. The author vividly describes all three attempts and the challenges posed not only by the inhospitable elements, but by the distance between his eagerness for adventure and responsible preparation. More than a pilot’s tale, this is an account of the insatiable ambition for more, a candidly personal chronicle in the spirit of Antoine de Saint-Exupéry’s Airman’s Odyssey. The author explains that his “memoir is not all about airplanes. It’s about a few people and their relationships. It’s about some ambitions, dreams, sacrifices and failures. And, in a loosely framed way, it’s about their achievements and how those achievements led to other challenges.” Taylor’s account is a gripping one, told with humor and without a whiff of gratuitous melodrama. Also, his philosophical asides are intriguing, especially regarding the reasons he’s so powerfully drawn to the “experience of isolation and imminent peril.” This is an engagingly thoughtful book about the lust for life and the sometimes-inscrutable form such a lust assumes.

A thrilling account of a dangerous but tantalizing aspiration.