Roger Burgraff has been a professional speaker and seminar leader since 1988. He has traveled extensively delivering seminars for business communications and self development. Prior to that time he was a clinical Speech Pathologist in the U.S. and the U.K. He received his Ph.D. from Denver University and his MA and
"BA from DePaul University in Chicago. He also served as a Captain in the Medical Service Corps of the U.S. Army.
While living in the England he served as chairman of the Barrow Players Dramatic society. He acted and directed several plays.
While traveling extensively he became an avid reader of thriller novels. He has devoted himself to learning the craft of thriller writing. He has written two thrillers, "Deacon's Winter" and "Deacon's Promise." Both have met with very positive reviews. He incorporated his experiences with his connections to the Catholic church and the streets of Chicago to inform his novels. He is committed to creating memorable characters in a compelling plot in interesting settings to involve his readers in a page-turning thriller.
He currently lives in Southern California with his wife Marjorie where he enjoys golfing, painting and background acting. 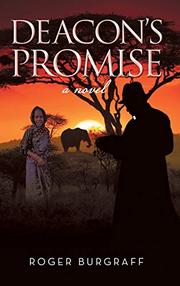 Burgraff (Deacon’s Winter, 2013) takes his crime-fighting deacon out of the streets of Chicago and into the unfamiliar environs of South Africa.

In his role as a member of the secret society of the Gabrians, Deacon Adelius has spent the last two years using his street smarts and military experience to help rid the Archdiocese of Chicago of predatory priests. When he gets a letter from an old friend, however, his attention is drawn to a place far from the shores of Lake Michigan. Mike Thompson is a rough-and-tumble pilot who took a job smuggling what he thought was ivory out of South Africa. The cargo turned out to be heroin, and his bosses turned out to be very serious about theft. “If you are reading this, it means I’m dead,” the letter begins before asking for a favor. “I’ve hidden away some money, and I want you to take my daughter to it. It’s there to secure her future. There is a letter of explanation to her and a few other items. The thing is, old boy, she does not know that I’m her father.” After consulting his South African connections, Deacon sets off for Johannesburg. Thompson’s daughter is Kalina Sangweeni, a multilingual, multiracial woman who works for Hands of Hope Mission under the care of her three surviving “uncles,” or protectors. To help her and her brother find the cash, Deacon will have to race against Thompson’s murderers, who are anxious to recover the money he stole from them. Along the way, he’ll also have to figure whom among this South African circle he can trust…including a red-haired Peruvian woman whom he knows as Ginger Rose. Burgraff’s prose retains its hard-boiled notes while allowing for the novelty of Deacon’s fish-out-of-water experience: “As we approached Capetown, the blazing sunset caressed the vineyards of the Cape. The scene was absolutely stunning to this Chicago boy.” While some readers would have doubtlessly preferred another noirish Chicago tale—Burgraff’s attempts to render the dialects of the various nationalities is a bit awkward—others will enjoy this change of scenery for the gruff, Catholic avenger.

A functional crime sequel that explores a new setting. 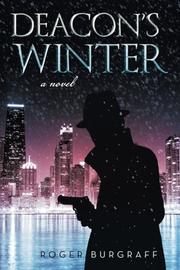 Burgraff’s debut thriller follows a Chicago minister as he investigates a violent conspiracy.

A man named Deacon Adelius wakes up in a hospital bed with a bullet in his shoulder and a police detective in the hallway. It turns out that a woman who’d sought asylum in Deacon’s church the night before has been murdered. Deacon is, in fact, a deacon—a lay Catholic minister—who’s unsure whether he wants to fully commit his life to serving God. The dead woman left her pocket-sized Bible in Deacon’s chambers, and it contains a coded message that may explain why she was killed. This all might have been a bit too much for an average deacon to handle, but not Deacon—he’s an Iraq War veteran and a former military police officer. More significantly, he’s an initiate of the Gabrians—a secret brotherhood that’s dedicated to purging the Roman Catholic Church of predatory priests. It’s soon revealed that the details of his life and the facts of the murder case are more intertwined than they initially appear; after all, in Chicago, the church, the law and the streets have long been known to overlap, and Deacon doesn’t shy away from drawing blood with his trusty aluminum baseball bat. He launches his own investigation into the murder because he knows he can’t trust the cops, but when his blood gets going, can he even trust himself? Burgraff writes in crisp, moody prose that makes this noir a satisfying escape (“My headlights illuminated streets that looked lonelier and dirtier than ever”). Although he doesn’t reinvent the genre, he does offer a uniquely Catholic revenge fantasy that should appeal to readers’ darker angels. Deacon’s investigation forces him to confront notions of forgiveness, punishment, justice and sin, and the book seems to say that even the most devout must rely on their own senses of righteousness. Some characters could have been explored more deeply, and some scenes might have benefited from greater attention to detail. Overall, however, Burgraff’s chilly depiction of Chicago and his sometimes-disturbing protagonist make this a memorable read with potential for future installments.

A dark, theologically minded addition to the noir genre.

Pillars of the Earth

What to say when you talk to yourself