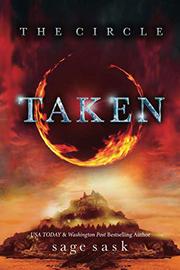 In this dystopian YA novel, a teenage orphan reluctantly joins a group that trains people who have psychic abilities.

Alexia Edmonds has lived at an orphanage in Zone One for five years. When she was 11, she woke up on a beach with no memory of her life up to that point. She lives in poverty in a world that was devastated during the Atomic War. Now, at 16, Alexia must undergo a mandatory government test to see if she has the potential to harm others. Unfortunately, she fails when she doesn’t successfully suppress abilities that she’s kept hidden for years, including the power to read minds. While fighting the guards, she uses combat skills that she doesn’t remember ever learning. Later, Alexia wakes up among members of a group called the Circle. They’re highly trained operatives who occupy an island of their own and include some who can read people’s thoughts like she can. The Circle works with the government against the Resistance, a rebel organization that stages attacks back in the zones. In the new group, Alexia makes a few friends, but she keeps hearing a voice—possibly a memory—that warns her to be cautious. Meanwhile, some Circle members believe that the newcomer is secretly part of the Resistance. Alexia has brief recollections of her mother, who she suspects was affiliated with the rebel group. It turns out that the Resistance is after something that the Circle already has—an antidote to an experimental serum that’s been affecting people’s health. Alexia must decide where her allegiance truly lies. Sask is the pseudonym of Sejal Badani (The Storyteller’s Secret, 2018, etc.) and a team of young-adult writers, and they deliver a thoroughly engrossing launch of a prospective series. Although post-apocalyptic settings have become a staple of YA fiction, this novel focuses less on its worldbuilding and more on its lively characters. Alexia is psychically and physically formidable and a decidedly nimble fighter. The intriguing supporting cast includes Serafina, who heads the Circle’s mind-readers and has a hidden agenda; Ryan, Alexia’s trainer and possible romantic interest; and other trainees, such as brothers Sawyer and Shane, who provide comic relief. The mystery gradually unravels amid multiple plot twists, which mostly involve Alexia’s and the Circle’s murky histories. In the novel’s latter, more suspenseful half, Alexia and her peers experience a series of punishing tests called the Evaluation while isolated in Zone One—and not everyone survives. The story’s straightforward prose starkly expresses Alexia’s vulnerability, which is tied to a memory of nearly drowning: “Overhead the sky is clear. I inhale the fresh air. The sound of the water in the distance still sends a spiral of fear running through me.” Some readers may wish that the text were clearer about what the Circle actually does, aside from training and Evaluations, or that it provided more details about the alliance between the Circle and the government, but these may be explored in future installments.

A diverting, character-driven sci-fi tale with a compelling protagonist.