Sohrab ChamanAra
Born in Kermanshah, Iran, 1947, he graduated as an electrical engineer from the University of London at 1969. He worked in Iran for 19 years before immigrating to the United States, always working at his engineering profession.
His engineering company is CHAMCO, www.chamco.net
The Perplexity of Iran is his ninth book, and second one in English. The remainder of his books are in Persian, where they are posted in www.chamanara.net for free download.

“A fine starting point for those interested in the history and future of Iran...”
– Kirkus Reviews 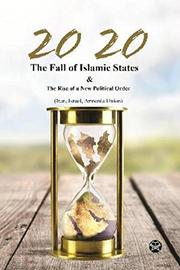 2020 The Fall of Islamic States

A bold assessment of both the troubled past and, potentially, more harmonious future of the Middle East.

Chamanara’s (Perplexity of Iran, 2012, etc.) book bucks the current trend of seeing peace in the Middle East as a childish fantasy contradicted by a long, relentless history of ethnic and sectarian conflict. On the contrary, the author argues, the history of the region—particularly of Iran—demonstrates that it already contains the promise of a new, less contentious future. Chamanara sees Iran as being on the precipice of wholesale transformation, its youthful citizenry distempered by simmering unrest and emboldened by increased education and technology. They’re close to fed up with authoritarian rule, he says. Chamanara envisions a future Iran that adopts a new constitution, secularizes the law, and joins an economic pact with Israel and Armenia. This revolution, particularly the diminishment of theocratic rule, will begin a domino effect that sweeps across the whole of the Middle East. “Once the influence of religion is removed—specially, when the government and religion are one, and when there is no economic pressure—people show their true feelings towards each other,” he writes. “The true feeling of people counts. Otherwise, throughout history, one sees people behaving differently and badly in cruel periods of time.” In addition to offering a helpful introduction to the history of the Middle East, Chamanara makes intelligible the differences among Shia, Sunni, and Salafi; explains the rise of the Islamic State group; and questions the real political significance of the Iranian presidency. Unafraid of controversy, he also contends, with no shortage of evidence, that the Jewish people count as Iran’s “natural ally.” Underlying the entire book is an important reminder that Iran, now a political backwater, was once the crucible of world civilization and a leader in art, science, and commerce. Historically informed and fundamentally optimistic, this plainly written book is a refreshing contribution to Middle East studies.

A timely, provocative study for both novices and experts in Middle Eastern affairs. 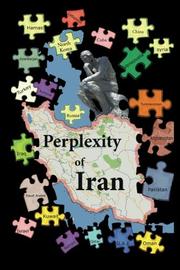 This brief look at the history of Iran has an eye toward using the region’s diverse past as an argument for regime change.

Political unrest in the Middle East is deeply rooted in the region’s complex past, and its present and future are inexorably tied to events predating even the formation of Islam. This is especially true in Iran, a country that, despite its controversial role in the war on terror, is presented by ChamanAra (A Journey to the Truth, 2005, etc.) as a pluralistic society, both in its origins and as it exists today. However, according to the author, it is because of Iran’s vocal, ruling minority that the country stands at odds with its neighbors, so the dream of peace remains out of reach. The book’s solution is an optimistic though not implausible one, which suggests that regime change in Iran is possible without foreign military intervention. Instead, by utilizing the country’s moderate base (both at home and the millions of expatriate Iranians), religion and government could be separated in the country through the rejection of Sharia law, along with limited diplomatic pressure from the United States. Diplomacy in the region is, of course, not to be frivolously approached, so ChamanAra provides a useful “crash-course” in Iranian history, which looks at the conflicts that shaped the country and illustrates how they affected the Muslim faith, with emphasis on the differences between the Shia and Sunni and a focus on the hard-line offshoot, the Wahhabi. This history is exceedingly useful in understanding the book’s principle arguments; citation is poor, however, with most of the facts culled from Wikipedia, lending some doubt as to their validity. While it’s clear that ChamanAra has an impressive understanding and deep passion for Iran, the passion is outweighed by all the cold, dubious facts. The narrative occasionally slips into a reserved, almost detached tone, punctuated by obtuse metaphors and some intellectual condescension in its portrayal of Third World countries after World War II. In the end, the book’s revolutionary ideas aren’t adequately explored; instead, they’re lost in what amounts to a short history book.

A fine starting point for those interested in the history and future of Iran, but far from definitive.