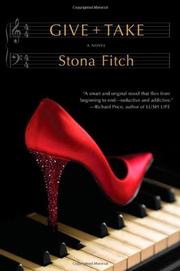 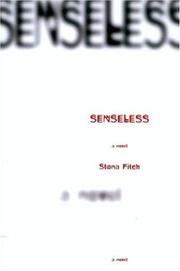 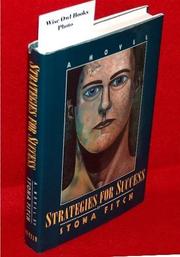 Released: April 1, 1992
STRATEGIES FOR SUCCESS
by Stona Fitch
Released: April 1, 1992
STRATEGIES FOR SUCCESS
by Stona Fitch
Goodbye to yuppiehood: how a son of the South loses his wife, his career, and half a condo up north. Larkin Stride, of Pine Bluff, Arkansas, has led an up-and-down life since graduating from Harvard, including a stint as a dishwasher in a Kansas City barbecue. At a certain point the skull of his ancestor, Confederate war hero Catlett Stride, told Larkin to clean up his act; the young man, obeying his talisman (his secret source of advice since he discovered it in the Arkansas dirt), headed back East to become a management consultant. Now, at 32, Larkin seems comfortably settled, his boss's favorite; one primer for salesmen a modest success, a second in the works; living in a roomy condo in a gentrified Boston suburb with his attractive wife, Laura, herself high on the corporate ladder. Actually, however, Larkin is miserable: his company is a ``velvet coffin,'' his wife an ice cube. Things improve when sexy fellow-southerner Mariah Callahan picks him up at a bus stop; the author nudges them slowly into a motel bed. Too slowly, in fact: first-novelist Fitch lacks the moves to dramatize adultery, and though the underwritten Laura files for divorce, it's never clear she even knew of Mariah's existence. The office scenes are similarly lackluster as Larkin's disenchantment with the fast track becomes a sour whine. In a desperate bid for excitement, Fitch has Larkin beat up a neighborhood kid, an Armenian; but the confrontation of enraged ethnics and yuppie intruder is no more convincing than Larkin's unraveling at the office (he's fired for faking interviews for his book). A succession of feeble swipes at yuppie lifestyles and corporate greedheads; Larkin's flat, uninflected narrative voice doesn't help one bit. Read full book review >