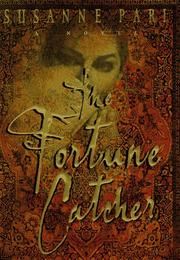 FICTION & LITERATURE
Released: Oct. 24, 1997
THE FORTUNE CATCHER
by Susanne Pari
FICTION & LITERATURE
Released: Oct. 24, 1997
THE FORTUNE CATCHER
by Susanne Pari
A plot-twisting debut about two lovers caught up in the Islamic Revolution of the '70s who defy torture, a monstrous grandmother, and a psychopathic spy. In richly detailed settings that range from Long Island to Tehran, Pari offers an equally diverse range of characters to tell the story of golden couple Layla and Dariush, whose bright future will turn horribly dark. Layla, the daughter of an Iranian businessman and an American Jew whose family disowned her, was raised in New York after her mother's accidental death, but spent summers in Tehran with her family and their close neighbors. Maman Bozorg, the neighbors' matriarch, is a fervent fundamentalist who regards Layla and her father as decadent Westerners, disapproves of her own two sons and their wives, and plots to save the family by getting her two grandchildren, cousins Dariush and Mariam, to marry. Dariush loves Layla, however, and so in the US, where he's a student, the two become engaged. When the Revolution occurs, and Dariush doesn't return home, Maman schemes not only to get him back but to have him drafted, hoping that he can finally be separated from Layla while he serves behind the lines in the war against Iraq. Layla accompanies Dariush to Iran, although a fortune-teller once warned her not to—and rightly: Dariush deserts from the army, the lovers marry, but, as they're about to flee the country, Dariush is arrested and sent to the front, and Layla caught and tortured. The couple is not only up against Maman but also Amir, a Mossad spy and former schoolmate of Dariush's who hates him and wants Layla for himself. Meantime, a pregnant Layla escapes to America, but the story ratchets the tension up even farther before the badly wounded Dariush, once thought dead, can join her. The turns and twists can be more dizzying than riveting, but, still, an accomplished first novel about loving dangerously in dangerous times. Read full book review >