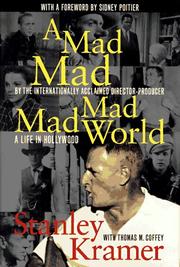 NON-FICTION
Released: Aug. 18, 1997
A MAD, MAD, MAD, MAD WORLD: A LIFE IN HOLLYWOOD
by Stanley Kramer, Thomas M. Coffey
NON-FICTION
Released: Aug. 18, 1997
A MAD, MAD, MAD, MAD WORLD: A LIFE IN HOLLYWOOD
by Stanley Kramer, Thomas M. Coffey
A mediocre, mediocre, mediocre autobiography. Long before Oliver Stone started pontificating, there was Stanley Kramer. As producer and then director, this self-proclaimed and lifelong New Dealer was responsible for any number of big, self-important ``message'' pictures, such as Guess Who's Coming to Dinner, Death of a Salesman, and On the Beach. These made enough money to keep him in the business, but a substantial portion flopped dramatically at the box office. (Even the flops, however, were showered with Academy Award nominations.) Early in his career, under a contract with Columbia's legendary Harry Cohn, Kramer managed to produce ten money-losers in a row, then redeemed himself on the eleventh picture, The Caine Mutiny. It's a remarkable story, but Kramer fails to display the requisite introspection and anecdotal flair. Much of this strangely bloodless memoir reads more like a ledger book than a life, a balancing up of profits and losses, with little consideration of all that lies beyond the numbers. From childhood, Kramer knew he wanted to work in the movies, but quick success eluded him as he labored in a variety of minor jobs, such as moving props. After WW II, he returned to Hollywood determined to make it as an independent producer (a great rarity at the time). With a lot of chutzpah and drive and the usual dollop of luck, he was soon well established, but his desire for control then took him naturally into directing. But don't look for any analysis of his directing technique or for thoughts on working with actors. Kramer is in too much of a hurry to get every fact down to bother with such illumination. This book, so lightweight, so lacking in any ``message,'' would never make it as a Stanley Kramer picture. (b&w photos, not seen) Read full book review > 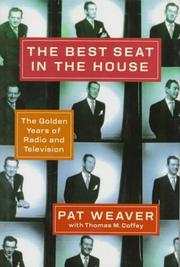