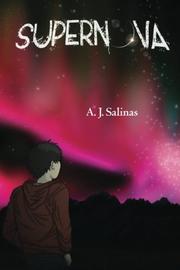 Book One of Echoes of a Neutron Star

An outcast seventh-grade boy travels to another planet in Salinas’ debut novel.

Trevor was born during a supernova. Now 13, he’s an unpopular kid in Vasher Middle and High School; he’s small, awkward and has only one true friend. During a seventh-grade field trip, his school bus plummets 100 feet into a lake. Everyone escapes the wreck except Trevor, who seemingly spends a half-hour completely submerged in the freezing water. During this time, however, he’s transported to another planet. There, he meets a woman named Natalia and a mysterious figure named Alix who talk to him at length about the cosmos. Later, after Trevor washes ashore, he tries to share his strange story with a few classmates, who then torment him; even his good friend, AB, is dumbfounded and confused by his tale. As Trevor navigates a life of adolescent gossip, fights, crushes and cafeteria hijinks, two scientists, Novaldi and Wexler, work on a strange dream-extraction project that uses children as their subjects. Meanwhile, in a nearby junkyard, a metal monster mysteriously emerges from the rubble. It’s an imaginative, intriguing tale, but since this book is the first of a trilogy, it leaves many crucial questions unanswered. For example, why does Trevor have excruciating headaches, and how does he fit into the scientists’ goal of mapping out the entire universe? The next installment is apparently essential to understanding the story, and while this first chapter will certainly stoke readers’ imaginations, it’s incomplete, at best. It attempts to blend high school mishaps with sci-fi intrigue, but as a result, the scientific side of the story suffers. Some secondary characters, such as Alix and Natalia, remain underdeveloped, and their purpose in Trevor’s life remains a question mark. Overall, the story holds promise, but the next chapter is sorely needed.

An auspicious beginning for a youthful sci-fi romp.