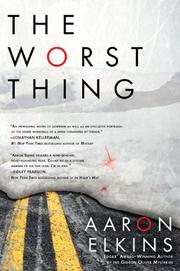 The creator of forensic anthropologist Gideon Oliver (Skull Duggery, 2009, etc.) plunges the egghead designer of a hostage-negotiation protocol into a harrowing abduction in far-off Iceland.

When he was five years old, Bryan Bennett was kidnapped and held for 58 days while his parents, working in Turkey, sweated to come up with the ransom. Small wonder that as an adult, he’s become such an expert on negotiating with kidnappers that he’s written the book for the Odysseus Institute for Crisis Management and Executive Security. Now his new boss, Wally North, wants him to fly to Reykjavik to lead a self-protection seminar for the executives of GlobalSeas Fisheries. Bryan’s own phobias—he doesn’t lead seminars, hates airline travel and still suffers from frequent panic attacks—threaten to make the trip a nightmare even before GlobalSeas CEO Baldur Baldursson, who’s already survived one botched abduction attempt, is snatched again, this time in the company of Bryan’s wife Lori. The kidnappers, who include the three clueless left-wing ideologues of Project Save the Earth and George Henry Camano, the ice-cold freelancer they’ve hired to coordinate the snatch, are no more happy to have grabbed Lori than Bryan is to have lost her. Their face-off pits the expert negotiator against the expert kidnapper and inevitably leads to Bryan’s exchanging himself for his wife. It’s only then that his ordeal truly begins.

A well-calculated change of pace for normally laid-back Elkins, with mounting thrills, a heavy emphasis on self-therapy and a nice surprise at the end.