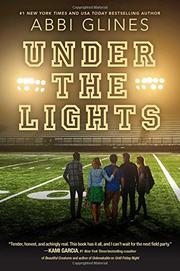 From the Field Party series, volume 2

Major melodrama ensues when Willa returns to her childhood home after an absence of six years to live with her nonna, cook and housekeeper for the wealthy Lawtons, and reconnects with childhood friends.

Living in a small cottage on their estate, Willa spent her childhood here, inseparable with the second son, Gunner Lawton, and his best friend, Brady Higgens. Now seniors, the three revive their friendship in what appears to be a love triangle. Gunner’s distant relationship with his unloving parents and Willa’s abandonment by her own mother draws them close, as revealed in ponderously voiced first-person chapters that alternate among the three beautiful, white teens. While away, Willa did something she regrets that resulted in a short stint in a correctional center, and this secret flavors the beginning of what turns out to be a chain of revelations of dark secrets that surround the Lawtons. Though rife with swearing, including the liberal use of F-bombs, and references to sex, the actual events on the page are relatively tame. Furthermore, although explosive secrets that will prove powerful and damaging emerge, the way it all plays out is not particularly heart-wrenching. Willa is a good Southern girl who says “Yes, ma’am,” and all her actions are pure in motivation. Several plot threads dangle toward the end, but those who like soap operas won’t notice or care.

Inflated histrionics that are about as appealing as the navel-gazing that punctuates them.