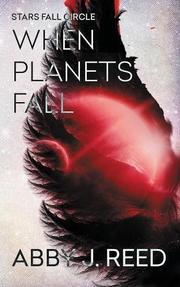 From the Stars Fall Circle series

In this YA sci-fi debut, an alien world plays host to conflict among three humanoid tribes.

Scarlatti is a planet lit by two suns in the Gemelos System. Sharing this world are the Herons (who bleed green), the Elik (who bleed blue), and the Humans (who bleed red). Each tribe exists within strictly enforced borders, and trespassers invite murder. Eighteen-year-old Breaker is a Human repairman who lost his older brother, Brandon, to such internecine conflict. Breaker also lost his leg, which has been replaced with a cybernetic limb that he affectionately calls Circuit. One day—or dia, as the Scarlatti say—Breaker chases after his 13-year-old brother, Brody, who has sneaked from the Human compound into danger beyond the border. In the wilderness, Breaker encounters a hidden spaceship. Meanwhile, in the Elik’s glass city of Houtiri, the Human Malani celebrates the Twin Suns Festival with her crush, Fic. She’s quite the anomaly among the Elik, since she was kidnapped as a child and given an experimental set of metal wings. Malani’s bliss is short-lived when Heron fighters assault the festival, killing scores of innocents and making her a prisoner once more. In Heron captivity, she learns that their ruler, King Oma, fears the Elik military and desires its secrets. While Malani holds out through torture, she meets another imprisoned Human, one with a cybernetic leg. In this richly imagined start to a new sci-fi series, Reed brings optimism to the goal of solving entrenched violence in a galaxy far, far away. Scarlatti, like a lush Mars, is evoked in lines like “From the burgundy and blush trees to the carmine peaks to the ruby glow of the suns, this land wore a blanket of blood.” The plot echoes real-world tyranny when King Oma manipulates Breaker and Malani to unlock the spaceship’s technology, thereby gaining the advantage when war ignites. The Humans too are ready to accommodate the Herons, believing that their red blood originates on Scarlatti. Yet, as Malani says, when you share someone’s home “all other details fade like background music.”

A propulsive, sharply crafted tale about a planetary war.