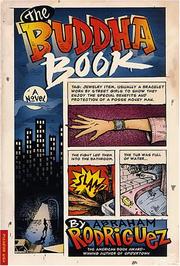 From American Book Award winner Rodriguez (Spidertown, 1993, etc.), a hyperbolic and deeply pessimistic story seeming to posit that the only ways Puerto Rican teenagers living in the South Bronx can distinguish themselves are by murder and drug-dealing.

High-school students Jose and Dinky are too talented for their tragic lives. Jose lives under the thumb of his overbearing stepfather, a burnt-out educator whose main concern is a prospective promotion to vice principal. Dinky, Jose’s best friend, lives in fear of his own father getting out of jail and again forcing him to be a crack-runner. The boys express their literary and artistic abilities in a photocopied comic book they have to publish because of their commitment to depict only true events—a risky idea in a community where the people whose secrets you spill would happily kill you. All this merely provides backdrop for two highly melodramatic premises: Jose has just drowned his ex-girlfriend in her bathtub, and Dinky has started an affair with a wannabe serial killer, Anita, who has offed five men in her quest to take the record for most murders by a woman. Now Jose and Dinky want to publish an issue of their comic book that depicts all six deaths. This way, Jose gets the respect he wants for killing his girlfriend, and Dinky gets to give Anita her sought-after notoriety. Their dilemma is how to publish the comic without getting caught. The author, however, has a dilemma of his own: how to make readers sympathize with characters whose main aim is bragging in print about remorseless killing. It is a dilemma Rodriguez never comes even close to solving.