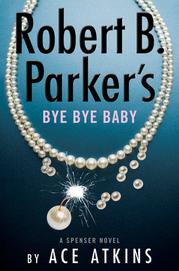 The latest of dozens of Boston-based crime novels in the late Robert B. Parker’s Spenser series.

Spenser is a tough White detective, and his close associate is a tougher Black guy named Hawk. Both are pretty much on the right side of the law, though Hawk has a less-than-heartwarming history with cops. Aides of Congresswoman Carolina Garcia-Ramirez, aka CGR, want to hire Spenser to protect her from troubling death threats as she campaigns for renomination, although she doesn’t think it necessary. People seem to think she’s either “Joan of Arc or Attila the Hun,” but she says she’s used to the haters. CGR evokes images of AOC and Ayanna Pressley, mainly in the intensity of hatred toward her. She thinks Spenser looks “like a leg breaker from Southie,” but he has more endearing qualities, such as quoting dead White poets: “Faith it does me,” he tells her. “Though it discolors the complexion of my greatness to acknowledge it.” He’s also a renowned wiseass, allowing that he often settles scores with his fists, but “Only when a good hug fails.” Sometimes he’s a bit too cute: “I smiled, offering half wattage so as not to distract her from her duties.” And asked by a receptionist to identify himself, he says, “Fred Flintstone. I’m here about arranging a meeting of the Royal Water Buffalo.” But there are good descriptions: “He had the kind of a face that demanded a spiked collar around his neck,” and Hawk’s pointed social remark, “Sometimes just being born makes you a target.” So there’s going to be a primary debate, and the word on the street is that someone plans to “make a run” at CGR immediately afterward. The FBI wants CGR to fire Spenser and Hawk, but she wisely has confidence in the local muscle. “You and I are a different breed of thug,” says Spenser to Hawk.

A crime yarn laced with tension and wit.