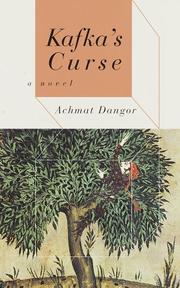 South African poet Dangor’s first US publication—an intricate blend of racial and sexual tensions, with a twist of Arabic legend thrown in—is set in the post-apartheid era, though the roots of its drama reach into the dismal South African past. In a bid to free himself of suicidal skeletons lurking in his ancestral closet, Omar Khan, as a young man, reinvented his persona. As the Jewish Oscar Kahn, the light-skinned Muslim found acceptance from the masters of apartheid, and so obtained a blond trophy wife, Anna, and a secure place in white society. But he paid a price for his deception: In time, a bizarre illness overtook him and, after Anna fled their house, turned him into a tree—as in the Arabic tale of a palace gardener suffering that fate for daring to love a princess. Anna’s refuge with her brother Martin sours when his wife catches him molesting his youngest daughter, bringing back to Anna a flood of memories of him doing the same thing to her, so she takes her niece away to live with her. Meanwhile, Oscar’s brother Malik, a severe, pious pillar of the Muslim community, finds his own life taking an unexpected turn. His wife moves out; and he begins a passionate affair with his brother’s therapist, Amina, whose black skin he can’t caress enough. Once he leaves her, his rejuvenated state doesn’t last long: He deliberately puts himself in the way of a robber’s gun. Anima works her charm for the last time by seducing Malik’s son, coming between him and a girl whose light skin and hair, despite the dismantling of apartheid, still make her forbidden fruit of the kind Anna was a generation before. Lives and generations complexly interwoven, and language spiked densely with local dialect: a challenging, often exquisite tale of South Africa in transition.