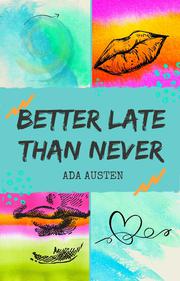 A New Jersey artist and Native American professor reconnect in this second-chance romance.

Mangus “Manny” Chattoche, a New Mexico native and member of the Apache tribe, has taken a position as an architectural history professor at a university in Long Branch, New Jersey. However, there’s more to his cross-country move than professional development. Five years earlier, Manny learned that his college relationship with classmate Carrie resulted in a child. Now that daughter, Emily, is 15 and eager to spend as much time as possible with her father, and Manny sees an opportunity to make up for lost time with both mother and daughter. Meanwhile, Carrie is conflicted. While she’s still wildly attracted to Manny and admires his devotion to their teenager, her Jersey Shore stubbornness kicks in. She questions whether this is too much, too soon. When Manny’s services are retained by local real estate developer Thomas Turner and his daughter, Rachel—whose undergrad crush on Manny hasn’t gone anywhere—the land where they all live and love faces major commercialization that will forever change the loyal community of intellectuals and creatives. Soon, Manny and Carrie find themselves at a crossroads where their homeland, family, and newly reformed romantic bond are all at risk. Austen has created a unique couple in Manny and Carrie. Not only is Manny smart, sensual, and sensitive, he also has strong ties to his family on the reservation in New Mexico. For her part, Carrie is a formidable romance lead who has raised a daughter on her own while making a living as a painter and art teacher. These characters and their history make for rich conflict, to the point where the subplot of Rachel’s personal insecurity and persistent interest in Manny feel clichéd and unnecessary. Also, though a subplot about Emily’s best friend Johnny and his battles in the foster care system is strong, Emily herself often comes off as much younger than her 15 years.