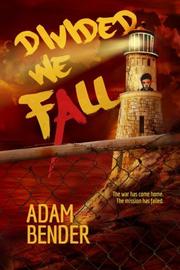 From the We, the Watched series, volume 2

In this dystopian sequel, the Underground races to expose a secret surveillance program before the Enemy’s final blow.

The Enemy has bombarded the Capital with airstrikes. The man known as Seven, who once worked for the government’s Elite Guard as Agent Jon Wyle, has evacuated the city with damning information on a flash drive. He aims to prove that President William Drake, his surveillance-obsessed administration, and the fearmongering Church want nothing less than complete control over the nation’s populace. He ends up sharing a car with a woman named Talia, and they head for Loganville, to her brother Shaan’s home. Naturally, Elite Guard Agent Eve Parker—Jon’s fiancee—remains on Seven’s trail. Seven and his cohorts narrowly escape into the arms of Daniel Alexander Young Jr. and the Underground, the freethinking “Heretics” battling the nation’s enforced division. As Young plans to expose the executive branch as corrupt, Drake uses the Capital attack to announce Patriot ID, a chip-based (and mind-invading) program that will “quickly separate the Heretics from the Patriots.” Then the Enemy contacts the Underground, claiming a too-good-to-be-true desire for a joint effort in taking down Drake. Do Seven and Young dare use the Enemy’s firepower to ignite revolution in cities across the country? In this sequel, Bender (We, the Watched, 2013, etc.) further filters the chaos of the George W. Bush presidency through a gripping dystopian narrative. At one point, Young explains, “We have four branches of government: executive, legislative, judicial, and the Church.” Bender expertly fleshes out Eve and Jon’s relationship through flashbacks. These scenes help fully realize the evolution of his characters’ hearts and minds as the moral terrain worsens. There are even critiques of U.S. empire building, as when Seven asks, “How can we be so sure that,” once the Enemy has defeated Drake, it won’t be “just as controlling as the Guard?” Overall, the author keeps the narrative fluid, never bogging it down in extended battle sequences or windy polemics. Bender’s sequel is a worthy delivery on the promise of his riveting debut.

A novel about a scheming president offers an excellent read for those who love thrillers or 21st-century history.