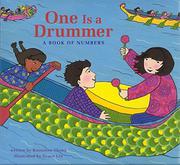 This uneven but promising, sometimes hysterically funny debut showcases framed, compressed-perspective bas-relief illustrations—all of which feature monsters of various oogy aspect and texture boogeying down at a party thrown by lonely Dracula. Though the accompanying verse sometimes limps along—“In his spooky castle old Count Drac / Is bored and at loose ends. / His scary name / Has brought him fame / But it’s left him without friends”—the art more than compensates, with visions of “funky mummies rapping,” a werewolf in a white disco suit, and a fashion show featuring creations by the likes of Donna Carrion and Coco Charnel, not to mention a menu of truly gross “horror d-oeuvres.” Though this is at least the third “monster party” of the year for young readers, it’s definitely not one to miss. (Picture book. 6-8)