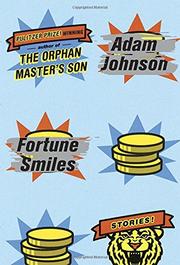 Tragedy is always close to the surface in Johnson’s work—with tragicomic layerings, sometimes, but it’s tragedy all the same. So it is with the opening story of the six here, “Nirvana,” which takes its title from the Kurt Cobain–led rock band but shares a spirit with near-future films like Her and Gattaca. A software engineer, desperate to do right by his paralyzed wife, reanimates people from the past: “After the doctor left,” the narrator says matter-of-factly, “I went into the garage and started making the president.” It’s science fiction of a kind but with an extra element of disspiritment: people exist, but we long for simulacra instead of them, “like she’s forgotten that her arms don’t work and there’s no him to embrace.” With more than a nod to his Pulitzer Prize–winning novel, The Orphan Master’s Son (2012), Johnson calls on two North Korean defectors who, now in the South, haven’t quite got their new world sussed out but are starting to get an inkling of how things work: “Christian talk, when said in a non-Christian way, scares these Southerners to death.” Their lessons in fitting in include essentials such as “handling money, hygiene, being pleasant, avoiding crime,” but it’s clear that no amount of instruction will make them feel at home. Safe houses, hospices, hospitals: these are the theaters where many of the stories take place, all enshrouded in a certain incomprehension—but, to Johnson’s great credit, seldom in hopelessness, for his characters are inclined to endure against the odds: “You turn the ignition and drop the van in gear, and you know this is no ordinary event.”

Bittersweet, elegant, full of hard-won wisdom: this is no ordinary book, either.