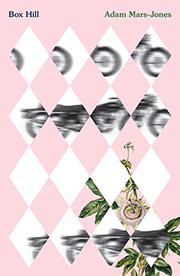 A Story of Low Self-Esteem

In a cruisy, pastoral spot, a young, inexperienced gay man trips over the “long and insolently extended” legs of a mysterious older gay man and falls, quite literally, into a new life.

It’s 1975, south of London, and clumsy, pudgy Colin is turning 18 on a Sunday, the day the bikers hang out at Box Hill in Surrey. Colin is so self-conscious about his weight and looks that he doesn’t understand that sexy, 6-foot-5 Ray—after an initial bit of sex in the fields near the pub where the bikers congregate—is taking possession of him by moving him into his home and controlling almost every aspect of his life. But that control is something Colin yearns for. Told by Colin years after the relationship has ended, Mars-Jones’ trim, poignant novel humanizes the intricacies of a dominant-submissive gay relationship. “If there are to be leaders then there must be followers, and I had followership skills in plenty,” Colin confides. Some aspects of their six years together are shocking: Colin learns to prefer sleeping on the floor and doesn’t ever learn Ray’s last name, occupation, or birthday. Since the novel is narrated by Colin, and since Colin loves the mystery of being with Ray, the potential pitfall here is that the mystery man will remain a cipher to readers. But Mars-Jones uncovers revealing details about Ray, like the fact that although he always heads up the motorcade of bikers, he’s not all cocky swagger; he’s a real stickler for speed limits and is courteous to pedestrians. Their relationship may end in tragedy, but it’s a joy to learn that Colin conquers the pejorative assessment in the novel’s subtitle, A Story of Low Self-Esteem.

A relationship that could seem profoundly unfair blossoms into a revelation of love and magic.