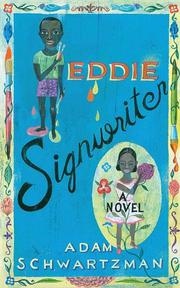 Young lovers fall victim to the machinations of the middle-aged in this limp first novel from South African poet Schwartzman.

On a Monday morning in 1993, the hilly Ghanaian tourist resort of Aburi is in an uproar. One of the town’s most prominent citizens, upscale restaurant owner Nana Aforiwaa, has drowned in the river; her close friend John, headmaster of the local boarding school, is raving and in shock. Nana had been searching for her 16-year-old niece Celeste, gone missing with boyfriend Kwasi, a protégé of John. Nana, who raised Celeste, had with John’s approval encouraged the friendship between their young charges, turning a blind eye to the teenagers’ carrying-on in public. Was Nana a benevolent free spirit, or a lonely meddler with an unhealthy obsession? That’s one of many questions that goes unanswered here. Kwasi becomes the target for the townspeople’s indignation. He moves to Accra to live with his kindly uncle Festus, and puts his painting talents to good use as a signwriter. Celeste joins him. Their love is still intense, but shadowed by guilt over Nana’s death. Shy and awkward, Kwasi can only express himself through his painting. Eventually he bolts, joining the West African diaspora in Paris. Nana’s drowning was no accident, we learn; for the sake of Kwasi and Celeste, John had pushed her under. This does not ring true, and the revelation is handled clumsily. John comes clean to the town doctor, who passes the news on to Festus, who relays the confession to Kwasi in Paris at the very end. So Nana’s murder, which wrecked three lives, is sidelined for much of the narrative. The only flickers of excitement are provided by Schwartzman’s account of “the flesh machine,” the series of handlers who move Kwasi from Accra through Senegal to Paris.

A thoroughly confused tale whose inarticulate protagonist is the biggest, but by no means the only, source of frustration.