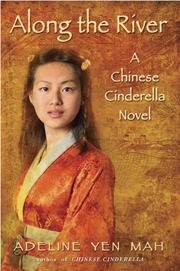 The success of Mah’s memoirs (Falling Leaves, 1997, for adults and Chinese Cinderella, 1999, for kids) led to her well-received novel Chinese Cinderella and the Secret Dragon Society (2005) and historical overview China: Land of Dragons and Emperors (2008). Here, she tries to combine them all, blithely and unwisely stepping beyond her literary capabilities. Readers initially meet CC (the character from the previous novel) on what seems to be a mission in World War II China. Chased, she falls and enters a coma. A doctor hypnotizes her, and readers shift to the Song dynasty and CC’s previous life in a star-crossed romance, observing the scene in the famous painting Along the River at the Qing Ming Festival. Both setting and emotional tension rely heavily on cliché and exclamation points. The author abuses dialogue to cram in historical details (a visitor exclaiming “Good tea!” is treated to an encyclopedic definiton of white tea). It is unclear what story she is trying to tell: the romance? the story of the painting? the bookend of CC’s coma, which will be inexplicable to readers unfamiliar with the previous novel? As none succeed, the question may go unanswered. (Fiction. 9-12)