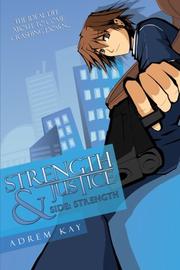 In an alternate reality, common citizens have superpowers, and it’s up to an elite police force known as DANDY to keep control when these powers threaten the city.

This is the first book in a series exploring Geminate City and its unusual residents. Most are born with a superpower, known as a dynamism, or dyna, which is monitored by DANDY agents and their younger cadets, the LIONS. Jeremy Itsubishi is a 15-year-old LION, partnered with his girlfriend, Mandy, and working under her father, Detective Gabor. The three of them are working to learn the cause of a disease called repulsion illness, which causes people’s dynas to “haywire,” i.e., overload and destroy everything in their path. An interesting setup, and the book raises some fascinating questions about life in a society where everyone is superpowered: How much freedom can such a populace have? When do the police cross the line into excessive force? However, more often, these questions fade into the background behind battles, explorations of Jeremy’s relationship with Mandy and her family’s troubled history. Occasionally, Jeremy is funny and sympathetic, but often he seems petulant, and he doesn’t learn or grow enough to fully win empathy. Jeremy has the power to manipulate bullet trajectories with his mind, fodder for fantastic action sequences in a film or comic, but in prose, these scenes grow clunky and repetitive. The tragedy that struck Mandy’s family is shown in a flashback and then never fully explored, a lost opportunity to provide more emotional resonance. The narrative succeeds, however, with an extended sequence about Jeremy’s mother and grandfather. This chapter, which comes late in the book, provides touching moments between mother and son, casts a new light on Jeremy’s power and introduces the plot twists for the second volume.