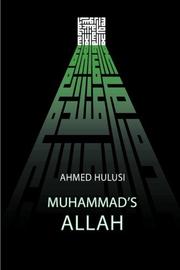 A contemporary mystical Islamic philosopher offers clarification about common misconceptions of the Islamic concept of God.

Hulusi is an Islamic scholar whose writings mirror the mystical dimension of Islam known as Sufism, made well known in the U.S. through translations of the Sufi poet-theologian Rumi. But many who read the English translations of Rumi fail to realize the complexity of the system of spiritual thinking that Sufism represents. Hulusi explicates one of the most difficult concepts in mystical Islam—the notion that “Allah,” commonly misunderstood in the West and even in parts of the Muslim world as “God,” encompasses more than the word “God” can illuminate. Drawing upon his interpretations of the Quran, Islam’s most sacred scripture, Hulusi claims that nowhere in Muhammad’s transmission of the Quran is there the assertion that Allah is a god. Instead, Hulusi writes that Allah is “an infinite, unlimited, whole One, in which case...there is nothing in existence other than Him.” The consequences of this assertion are that individual lives are fated by Allah, predestined to heaven or hell after physical death. The point of religion, writes the author, is to gain nondualistic awareness of Allah, which is realized through essential self-knowledge and the rejection of illusionary dualities in daily life. The author relies on short paragraphs to frame his beliefs and uses abstract language to describe consciousness, but the gist of these abstruse ideas is helpfully noted in bold throughout the book. One can only imagine the difficulty translator Atalay faced in converting the author’s esoteric Turkish style into readable English. Yet it does read clearly as a kind of Sufi manifesto of faith.

Readers interested in learning about the Sufi spiritual philosophy hinted at in Rumi’s poetry might profit from this deeply considered study but only after reading the Quran in an accessible English translation.