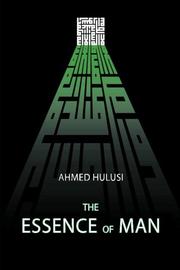 THE ESSENCE OF MAN

A mystical interpretation of the Quran and the nature of Islam.

The author, who practices the mystical Sufi tradition of Islam, leads the reader through his complex metaphysical interpretation of religion as described in the Quran, or as he writes, “Because I believe the book is not so much a ‘Book of God’s Commandments’ as it is a ‘Book of Secrets,’ which, if not READ properly, can leave one in severe deprivation.” This interpretation relies on a special understanding of the use of the letter B in the Quran’s text, based on the position of that letter in the original Arabic. The author encourages the reader to “read” (generally in all capital letters) the Quran in order to gain the same understanding. Grasping the author’s message requires familiarity with the Quran and related concepts—many of the terms the author uses, such as “rasul,” are untranslated or unexplained. His interpretation appears to be that God, as explained in the Quran, is less a deity than a concept that humans can incorporate, and those who treat God as a separate being are missing the point of the religion. The details of this interpretation are explained in part through metaphor, as when the author contrasts the open-platform aspect of the Linux operating system to the closed nature of Windows; in part through advances in neuroscience and other forms of research; and via the author’s own analysis of verses from the Quran, from which he concludes that “Man (not humanoid) has been created as the vicegerent of earth. The only way he can actualize this and attain the level of ‘the most dignified of all creation’ is if he becomes worthy of the principle of ‘vicegerency.’ ” Exclamation points appear frequently throughout the book’s pages, as does bold text. Many of the footnotes direct the reader to the author’s other works. Each chapter ends with a date and location, suggesting that the book is a collection of essays written between 2002 and 2005. The text has been translated into English. This guide looks to be most useful for those who already have a solid grounding in the Quran and Sufi beliefs and want to expand their understanding.

A confusing, advanced guide for those interested in an esoteric interpretation of Islam.