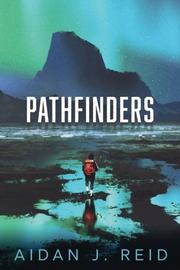 In Reid’s (Sigil, 2016, etc.) sci-fi novel, a comatose man’s friends try to rescue him by entering his unending nightmares.

This paranormal suspense tale centers on the notion of “lucid dreaming,” but its version is more mystical and Freddy Krueger–esque than scientific. Norman Adams is a recently sacked former accountant who uses the abundant time on his hands to study why he’s been having exceptionally vivid nightmares. Meanwhile, librarian Stephen Breagal is personally invested in the phenomenon of lucid dreams because his institutionalized brother, Saul, was obsessed with the concept, so he decides to help Norman take control of his own situation. But then Norman suffers a road accident and appears to sink into an irreversible coma. Stephen, however, knows that Norman’s mind is actually locked in a lucid-dream scenario—a post-apocalyptic landscape prowled by savage, mutated, cannibal shock-troops, reminiscent of the creatures in such U.K. horror films as 28 Days Later and Dog Soldiers. Stephen enlists Norman’s ex-officemate Victor James in an unusual rescue mission: they undertake shared lucid-dream sessions to try to enter Norman’s subconscious—and somehow bring him back with them. The dream-state scenes will likely remind readers of fictional forays into virtual reality in cyberpunk literature and cinema, but mainly, this setup seems more like a clever way to do yet another iteration of a shopworn zombie-plague plot. Reid calculatingly withholds the ground rules of dream-state travel, though, which allows one of the characters to further a secret agenda; however, the character’s travels in undiscovered territory aren’t particularly awe-inspiring. That said, readers who thought that the Matrix film series needed less martial artistry and more zombie-mutant bashing will come away satisfied.