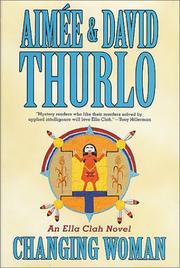 In the fifth of this sober, trudging series, Special Investigator Ella Clah of the Navajo Tribal Police (Enemy Way, 2000, etc.) confronts a changing woman in the bosom of her own family: her mother. Rose Destea has always been the very model of a stay-at-home mom, utterly focused on such domestic issues as how to get a good man into Ella’s life. Now suddenly there’s been . . . a political blossoming, some might call it, though Ella, her nerves in tatters, wouldn’t be one of them. Splitting the Navajo Reservation into belligerent camps is the burning question of gaming. These are hardscrabble times on the rez. Jobs are scarce and economic privation escalating. Rose, however, remains passionately anti-gaming, publicly inveighing against the prospect of increased alcoholism and related assaults on Navajo values. And she’s being listened to. In the meantime, powerful pro-gaming elements are determined to discredit Ella and other senior officers in the Tribal Police Force they deem obstructive and have them replaced by friendlier brass. As a result, vandalism has broken out. A rash of minor crimes that under ordinary circumstances would be no more than irritating are now inflammatory. And then someone kidnaps Ella’s child. Under pressure, Ella repairs her frayed relationship with her mother while deriving additional strength from an entirely unexpected source.

As usual, the Thurlo insights into the sociology of the reservation are authentic and persuasive. It’s the busy, uninspired plotting and the forgettable supporting cast that lies there well intentioned but inert.