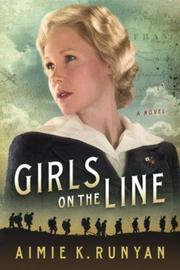 GIRLS ON THE LINE

A young woman from the Philadelphia Main Line region joins the U.S. Army Signal Corps as a telephone operator during World War I in Runyan’s (Daughters of the Night Sky, 2017, etc.) historical novel.

Readers first meet Ruby Wagner in early December 1917. She’s helping her mother host a high-society get-together of women knitting socks and scarves for the troops overseas. Ruby’s enlisted brother, Francis, is in France, as is her fiance, Nathaniel Morgan. Both families encourage the engagement, although Ruby isn’t as excited about it: “He was kind and quick to laugh, and most importantly to Mother, he was from an old and respectable family,” she explains. “If he slid over to the pompous and boring side of things at times, it seemed of little consequence.” But before the afternoon ends, the Wagner family receives a dreaded yellow telegram: Francis has been killed in action. A few weeks later, Ruby, who’d been working shifts as an operator at the Pennsylvania Bell Company Central Office, decides that she must do more to help the war effort. The U.S. Army is looking for phone operators to work with the troops overseas, and Ruby is selected to become the chief operator of the First Telephone Group. This will change her life forever. Ruby proves to be a fine narrator for this engaging novel. In it, Runyan depicts a lesser-known story of heroism and courage during World War I, and she packs it with enough action to keep readers turning pages without submerging them in the throes of grisly battles. Ruby’s long hours at the Central headquarters in Chaumont, a few miles from the front lines, are interspersed with scenes of romance, possible espionage, and welcome moments of levity. The women of the First Telephone Group are also revealed to possess impressive skills as the story goes on; they’re not only bilingual, but also able to memorize complicated codes that change from day to day—and sometimes within just a few hours.

A worthy war narrative with a strong, likable female lead and a solid supporting cast.