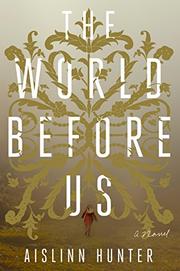 THE WORLD BEFORE US

Hunter’s haunting—if sometimes elusive—second novel (Stay, 2005) wavers between practical life in the present and the unplumbed memories of a British archivist and her long-dead research subjects.

Twenty years ago, 15-year-old Jane was babysitting Lily when the 5-year-old went missing in some English woodland between the Whitmore, an abandoned Victorian mental asylum, and Inglewood House, the former estate of 19th-century plant hunter George Farrington. Now Jane is an archivist at the Chester Museum in London, founded in 1868 by Edmund Chester, whose wife, Charlotte, hinted in her diary of a romantic attachment with George’s brother Norvill Farrington. Jane has never truly recovered from Lily’s unsolved disappearance, guilt tangling with her confused adolescent attraction toward Lily’s widowed father, William. When she hears William speak at the Chester about his new book concerning George Farrington, unresolved feelings well up, and Jane runs away to revisit the site of Lily’s disappearance. She is not alone: A chorus of stranded souls follows her. Having found Jane while she was researching the Whitmore logbook for her graduate school dissertation years ago, they hope she will lead them to remember their lives and especially deaths. In those logbooks, Jane stumbled across another disappearance in the area a hundred years before Lily’s: a woman identified only as N. Having Jane try to solve the two unconnected disappearances, the author transforms Jane the archivist into Jane the detective. But like other fictional detectives, and despite her sizzling romance with an inappropriately young gardener, Jane is never as interesting as those she unwittingly investigates—a host of spirits with unresolved deaths who share stories heartbreaking in their complicated humanness, from the farmer who’s more bird than man to the barely closeted schoolmaster to the lawyer blaming himself for his infant’s death to Norvill Farrington, whose desperate love for the ambivalent Charlotte causes disaster.

Not an easy read but a compelling exploration of how memory shapes and is shaped by individuals and society.