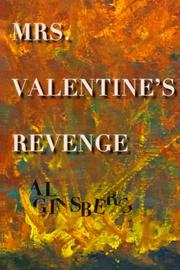 In Ginsberg’s debut thriller, a private detective and a widow become targets of London thugs when looking into the presumed murder of the woman’s husband.

Susan Valentine doesn’t believe her husband Robert’s death was the result of a car accident. She’s sure someone killed the Wall Street trader, who’d been questioning huge withdrawals from a series of accounts at his firm. She hires Jerry Green, who specializes in financial crimes but takes the case since he and Robert were friends. Jerry suspects that murderers with resources for such a coverup must have a lot of power. And he’s right: Oliver Millhouse and Russell Enderley are English businessmen running a weapons-smuggling scheme. They have a knack for killing off anyone nosing around their operation, and Jerry, along with people close to him, may be next on their list. Ginsberg’s novel churns out a hefty amount of suspense by first introducing Millhouse, who recruits pilot Scottie Simons with intimidation and a bit of torture courtesy of his henchmen. Jerry is wisely cautious from the beginning of the case, using an alias and hiding behind a wig and glasses when, for example, enlisting a hacker to help. He’s understandably nervous that the baddies may be able to connect him to anyone he knows, including his employees, paralegal Daisy and receptionist Marie. The title is a little misleading: Jerry, who’s indisputably the protagonist, is driven by his own vengeance just as much as Susan’s, and he eventually wants to stop Millhouse and Enderley because of their apparent intent to harm Jerry’s female pals. Ginsberg keeps the technology aspect at a minimum, but he does show how difficult it is to stay offline. Marie, for instance, who’s hiding with Daisy, simply powers up her Kindle (to combat boredom), which could lead armed villains right to them. The author ups the ante in the latter half by moving the Manhattan detective to London to team up with Scotland Yard. He likewise implies Jerry’s attraction to the widow Valentine, a potentially interesting subplot that unfortunately never takes off.