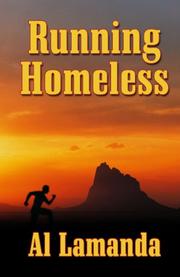 An amnesiac searches for answers about the people he’s executed.

John Tibbets awakens in New Mexico with no memory of why he killed six drug lords and the FBI team sent to extract him. FBI agent Richard Cone is working with Tibbets’ former partner Ben Freeman in an attempt to catch Tibbets, who despite his amnesia has not forgotten the skills that keep him ahead of those desperate to catch him. Cone learns that Tibbets works for a super-secret government agency that specializes in assassinations. The agency has used drugs and mind control to get Tibbets to kill people and then forget what he did. This time, he’d been stashed in a California homeless shelter. Now that he’s loose in New Mexico, he slowly starts to remember bits and pieces of his past. As he follows his memories, dead bodies pile up behind him. When at length he recalls that he was proclaimed a hero in New York City for rescuing a police officer (Walking Homeless, 2010, etc.), he makes his way to the policeman’s uncle, Howard Taft, a retired NYPD captain willing to help Tibbets in order to protect his own family. Together they scheme to keep ahead of the government agents long enough for Tibbets to regain his memory and get answers to his many questions.

Despite leaving a trail of death, Tibbets is a sympathetic character. Like a flawed Jack Reacher, he provides all the excitement of a first-class thriller.