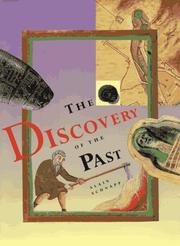 THE DISCOVERY OF THE PAST

From Schnapp (Art and Archaeology/Univ. of Paris), a meticulously researched, beautifully crafted, and consistently absorbing history of the practice of archaeology from ancient times. Schnapp demonstrates that curiosity, even obsession, about the past were characteristics of civilized society from the beginning, and that the practice of archaeology is as old as humanity. Ancient Mesopotamian texts, inscriptions from early China, and the writings of Herodotus, Thucydides, and Plutarch show that a passion for history often arose from speculation about the origins of ruins, even if there was little historical methodology. Early archaeologists were not always historically minded: Schnapp notes that motives such as greed and piety (as in the collection of relics) often played a part in the collecting obsession, and early archaeological excavation sometimes was little more than looting. The barbarian invasions of Europe, and the hunt for treasure that ensued, obliterated much evidence of the classical past. While the monks of early Christianity played an important role in the preservation of ancient texts, there was nothing like a systematic study of the classical past until the Renaissance. Schnapp traces the systematic study of archaeology from the early antiquarians of that period (gifted amateurs for whom the study of antiquities was one of many scholarly passions) to the emergence of a class of professionals in the 17th and 18th centuries. Antiquarians, still mostly devout Christians, struggled to reconcile the Christian worldview with evidence of a past more ancient than the Bible indicated. Schnapp shows that with the development of a distinctive scientific methodology in the 19th century, archaeology was transformed from a branch of philology or religion into one of the natural sciences. A fascinating, highly intelligent look at man's obsession with finding evidence of his past. (370 illustrations) (Natural Science Book Club main selection)