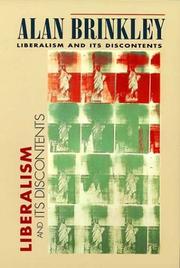 LIBERALISM AND ITS DISCONTENTS

In a series of evocative though uneven essays, Brinkley (History/Columbia Univ.) ponders the fate of liberalism. Brinkley is both a historian of liberalism and a liberal historian; this dual role brings a tension to these writings. There is a sense of loss for the post—WW II era of liberalism’s optimistic dominance, combined with a sober analysis of why this dominance did not—and perhaps could not—last. The early essays on the emergence of modern American liberalism from the experiences of the New Deal and WW II are perhaps the best in scholarly terms, for they review and somewhat extend Brinkley’s earlier work in this area (New Deal Liberalism in Recession and War, 1995). Liberalism emerged after WW II as an ideology that viewed government as the “compensatory state.” The state would not so much regulate what was once thought to be a deeply flawed capitalism, but, rather, insure its continuation through Keynesian fiscal and monetary policies and an expanded welfare system. Spurred on to produce by the state, capitalism would do so, producing above all else “full employment.” With the economic question settled, liberalism could, if at times tentatively and half-heartedly, move on to “solving” the great social issues of the day, such as civil rights. As these social problems proved more intransigent than first thought, the largely imagined liberal “consensus” faced strong challenges—first from the (New) Left and then from a resurgent Right. As the economy faltered and the New Left faded, the Right took center stage, an unimaginable outcome 30 years ago, when historians had by and large consigned the Right to a marginal place in US politics. There is little thematic unity among the essays, and their quality varies; Brinkley is superficial and simply wrong-headed on the New Left, brilliant on the contemporary Right. Overall, however, this volume offers much to help us understand the cynicism and restricted vision distinguishing politics today.