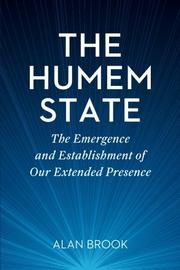 The Emergence and Establishment of Our Extended Presence

A reconceptualization of the very idea of identity—human or otherwise.

Brook opens his engaging nonfiction debut by looking at the way that people’s technological-assisted “extended presences,” or EPs, depending on such things as social media, extend far beyond their immediate selves. He circumvents readers’ suspicions that he might be faddishly following social media trends by using an example of someone who handily predates MySpace and Facebook: Cleopatra. Her public image, he writes, was much greater than a commoner’s during her lifetime and has since—through books, institutional instruction, plays and films—grown exponentially. Her form of extended presence, in other words, has gained a life independent of her own. Brook sees this as a prototype example of his concept of the “humem”: As new technology makes EPs more elaborate, functional and necessary in our daily lives, he says, they also take on a more independent existence. Brook is reluctant to limit his discussion to today’s technology: “At any point in history, we tend to construe the current state of the art as the final word,” he writes. “But we are always mistaken.” Instead, he believes that “humems” should be treated as though they exist “independent of any specific media,” as separate beings deserving of “many of the same things we require for ourselves, including agency, freedom, welfare, security, and even economic opportunity.” Brook looks to the 1948 United Nations Universal Declaration of Human Rights as a rudimentary model of his envisioned “humem state”; he compares this with legislation designed to protect nonhuman life (such as gorillas), which may make his concept more palatable to readers who find the idea of granting rights to Facebook profiles a bit jarring. In 11 densely written (and sometimes overlong) chapters, Brook lays out the case that “humems” have evolved sufficiently in recent years to warrant more nuanced consideration as self-contained entities. “Cultural mind-sets need time to evolve,” he correctly notes, and everyone who’s ever had their online data “mined” will think harder about that evolution after reading this groundbreaking book.

An eye-opening reassessment of the concept of personal data.