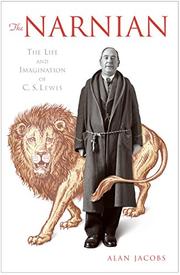 The Life and Imagination of C.S. Lewis

An amiable, uncluttered biography by Jacobs (Literature/Wheaton Coll.) that provides a key to Lewis’s Christian hierarchy of Narnia.

Jacobs’s life of Oxford don, poet, Christian apologist and children’s author Lewis is not as richly detailed as A.N. Wilson’s recent biography (C.S. Lewis, 2004), but Jacobs has the advantage of close access to the Marion Wade Center at Wheaton College, where the Lewis archives are housed. The author breezes through Lewis’s gloomy, dutiful childhood in Belfast, and later in England, as he endured the early death of his mother, the eccentricities of his father and the usual miseries of public school; to occupy themselves, he and his older brother, Warnie, created imaginary worlds full of talking animals that prefigure the universe of Narnia. Never a great fan of children, Lewis, who died in 1963, preferred the company of men, and as a fellow of Magdalen, Oxford, teaching medieval literature, he fell in with the famously strange crowd of Inklings, of whom JRR Tolkien was a member: “They formed a society in which formerly lonely and isolated men discovered that it wasn’t necessarily so crazy, after all, to believe in God and miracles.” About his 30-year relationship with Janie Moore, 25 years his senior, Jacobs is rather indulgent and forgiving, acknowledging the emotional stability a mother substitute lent his life. Jacobs continually returns to the extravagant vision of Narnia, and aims to fit the events of Lewis’s life as neatly as possible into its structure. In a final chapter, he addresses some of Narnia’s troublesome racist and sexist depictions.

Just in time for the film version of The Chronicles of Narnia: The Lion, The Witch, and The Wardrobe, to be released in December.