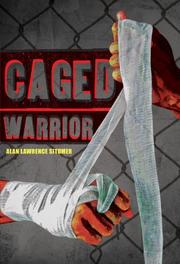 From the Caged Warrior series, volume 1

McCutcheon “M.D.” Daniels has one dream: to get out of poverty-stricken Detroit. His golden ticket? The violent, underground sport of mixed martial arts.

M.D.’s alcoholic, has-been father coaches him to win fights and impress the Priests, gangsters that run all the MMA action in the city. His younger sister, Gem, is the one ray of sunshine in a world Sitomer paints as ruthless and needlessly cruel. The hope for a better life juxtaposes sharply with reality; it’s constantly on the verge of bursting, an idea the author presents with great aplomb. M.D.’s gritty, vernacular narration goes beyond typical teen angst and captures the true spirit of the lowest class, a downtrodden world long left behind by the rest of American culture. When the teen begins to notice the damaging, cyclical nature of pessimism, he makes plays that he hopes will remove him from the clutches of his father and the Priests. The reactions to these moves are both explosive and engaging. The book is a brisk read, made all the more appealing by the author’s blend of heartfelt sentiment and sensational sports drama. The multiple fight sequences are tightly constructed, and none of the more emotional moments are overwrought. This is swift storytelling, offering little fuss but plenty to chew on.