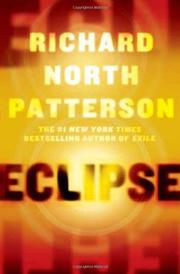 A San Francisco attorney brings a civil suit against an oil company in a frantic, ingenious attempt to save the life of an African dissident.

Bobby Okari has long been a thorn in the side of General Savior Karama, president of the nation of Luandia, a fictitious country that adds Zimbabwe’s strongman politics and Rwanda’s tribal strife to the oil-stained recent history of Nigeria. Now a massive protest Bobby has organized against Karama’s regime and the economic stranglehold of PetroGlobal Luandia has ended disastrously with the destruction of Bobby’s native village of Goro, the massacre of its inhabitants and Bobby’s arrest for the hangings of three PGL employees. The case against Bobby seems an obvious frame-up, but under the watchful eye of Karama and his brutal enforcer, Col. Paul Okimbo, it’s bound to succeed unless Bobby comes up with a secret weapon. That weapon arrives in the form of Damon Pierce, a recently divorced American lawyer who once loved Marissa Brand, the biracial idealist who became Bobby’s wife. Loyalty to Marissa draws Pierce to Luandia and through a numbing but highly informative series of meetings with forgettable functionaries who, as usual in Patterson (The Race, 2007, etc.), get to make a case for every possible viewpoint on Luandia’s tragic, fully consensual exploitation by multinational corporations and a world citizenry so avid for cheap oil that they’re more than willing to turn a blind eye on its true price. Returning to the United States, Pierce works feverishly to build a case against PGL for providing material support to Okimbo’s brutal repression of the protest in order to pressure the corporation to intervene in the case against Bobby—or, at the very least, to prevent it from fueling his prosecution in the show trial that’s bound to follow.

Despite wafer-thin characters, a satisfying fable that pits a hero who deeply believes in the rule of law against a violent, lawless regime that holds all the cards.

THE RULE OF LAW
by John Lescroart
Fiction