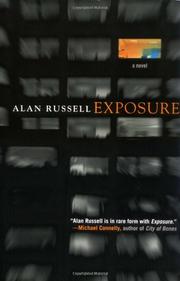 After his obsessive professional pursuit of charity centerfold Lady Anne Godwin and her clandestine beau Georges LeMoine leads to their car-crash deaths in a Paris tunnel—an incident Russell has the nerve to treat as if it weren’t a transparent retread of Lady Di and Dodi Fayed—roving paparazzo Graham Wells tries everything, from a tour of Kosovo to a stint in a Spanish monastery, to put his guilt behind him. When nothing works, he goes back to his job, under pressure from a mysterious secret agent to snap the shots that expose a pedophile director and a Hollywood ingénue. One night, as he’s positioning his camera against top actress Lanie Byrne’s window in hopes of catching her with her latest lover, his chance at redemption finally arrives when she attempts suicide and he has to rush her to the hospital. Saving her life, he soon realizes, has jeopardized his own. The two thuggish brothers trying to kill him are only the tip of the iceberg; they’re backed up by a champion swordsman, a shady financial corporation, and all the resources of the Mossad, or maybe the CIA. Though the legion of faceless supporting helpers and villains who flit through Graham’s ordeal do a bang-up job of slowing the pace and obscuring the central conspiracy, rest assured that it involves the fate of the free world.

Russell’s hotel-detective farces and bleak whodunits (Multiple Wounds, 1996, etc.) have been equally rewarding, but he doesn’t seem to have the heart, or the discipline, for a big-picture thriller like this. Here’s hoping he’s back on his home turf soon.