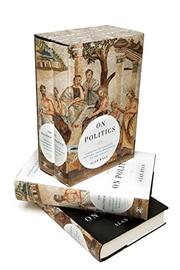 A History of Political Thought: From Herodotus to the Present

An ambitious survey not of politics itself, but of the way Westerners have thought about politics for 2,500 years.

Ryan (Politics/Princeton Univ.; John Dewey and the High Tide of American Liberalism, 1997, etc.) has written a massive book, one “a long time in the making.” That’s understandable, for he has a tremendous amount of ground to cover. He does so with the admirable breadth of Will and Ariel Durant or Frederick Copleston but with much greater powers of concision and a gift for finding essences without resorting to essentialism. Thus, he writes, one critical difference between Athenian and Roman conceptions of freedom is that the former “practiced a form of unfiltered direct democracy that the Romans thought a recipe for chaos; the Romans gave ordinary free and male persons a role in politics, but a carefully structured and controlled one.” That distinction comes into play more than 900 pages later, when Ryan wrestles with what kind of a system most Western countries, and preeminently the United States, have today. “Liberal democracies,” he writes, are really “nontyrannical and liberal popular mixed republics,” though, as he cautions, “nobody is going to call them this.” In between, Ryan visits thinkers from Socrates and Plato to Aristotle, excusing Plato from charges of protofascism and marveling at Aquinas’ powers of distinction in determining whether it is fitting for a bishop to go to war. If all Western philosophy is a footnote to Plato, then Ryan’s text is a delightful assemblage of enlightening subnotes: Who among us remembers that Machiavelli’s The Prince was on the Catholic Church’s forbidden index until just recently and “that anyone wishing to read it for the purposes of refutation had to ask permission of the pope”? That Edmund Burke was a boring public speaker, but “(mostly) wrote like an angel”? Or that Karl Marx’s notion of class struggle remains an elusive work in progress?